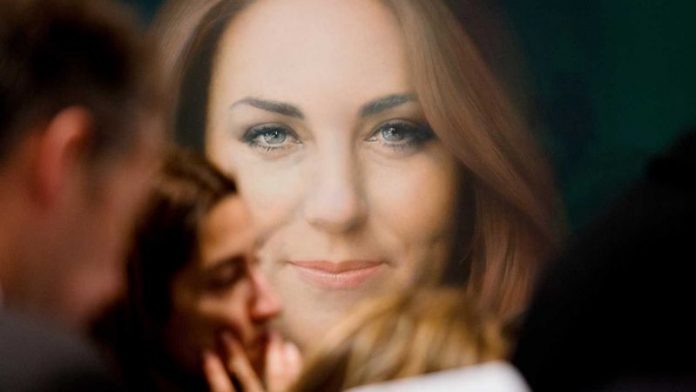 The first official portrait of Britain's Duchess of Cambridge, popularly known by her former name Kate Middleton, was unveiled in London on Friday, and opinion was sharply divided over an image many deemed unflattering.

The 31-year-old, who, as a glamorous future queen, is one of the world's most photographed women, is portrayed in the large canvas with a faint smile, long, copper-tinted hair and shadows under her eyes.

Award-winning South African artist Paul Emsley, surrounded by a scrum of international news crews at the National Portrait Gallery where the work was revealed, described the duchess as a "wonderful subject" and "generous as a person.

"The brief was that it should be a portrait which in some way expressed her natural self rather than her official self," he said.

"When you meet her, that really is appropriate. She really is that kind of a person. She's so nice to be with and it's genuine and I felt if the painting can convey something of that then it will have succeeded."

Glasgow-born Emsley grew up in South Africa, where he worked as a lecturer at Stellenbosch University. He moved to the UK in 1996. His previous work includes a portrait of former South African president Nelson Mandela.

National Portrait Gallery staff said the duchess and her husband Prince William visited earlier on Friday and were "very pleased" with the outcome of a painting based on photographs taken at two sittings in May and June last year.

"Her family are also very pleased," Emsley said. "To me that's the ultimate test in a way, because they know her better than anyone else."

Many comments focused on how the image had aged the duchess, herself a graduate in art history, while others took the artist to task for portraying her smiling slightly.

One Daily Mail reader from Canada summed up broader opinion in an unnamed comment.

"OMG, how awful! Rather than being overly flattering as many royal portraits are, this one is the extreme opposite. She's barely recognisable! Poor Kate, forced to say she's 'thrilled' when in all likelihood, she is as horrified as the rest of us."

Sunday Times art critic Waldemar Januszczak called the portrait "pretty ordinary … He [Emsley] made her look older than she is and her eyes don't sparkle in the way that they do and there's something rather dour about the face."

Emsley knew he would be in the public eye when taking on a subject of the duchess's stature as a royal and global celebrity.

"It's probably the most important portrait I'll ever do, and when you realise that, you do start to think rather carefully about what you're doing perhaps more than you usually do, and that made me more cautious than I normally am."

The duchess has recently been in the headlines after spending four days in hospital being treated for acute morning sickness having announced she was pregnant.

The National Portrait Gallery commissioned the painting of its patron, and it was given to the gallery by Hugh Leggatt through the Art Fund. – Reuters

We will have a poorer harvest than the glowing 2020-21 harvest, but will probably not have to import supplies
Advertising