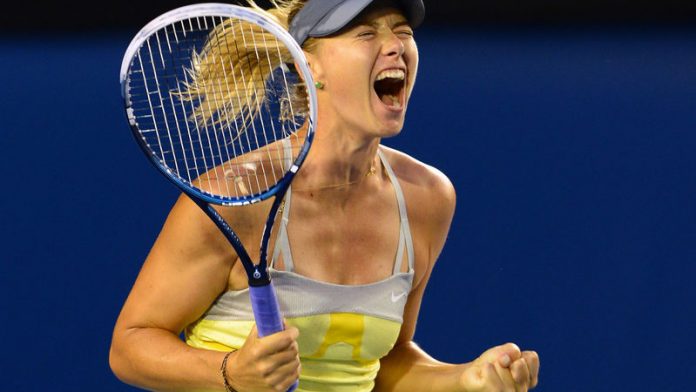 The Russian, who was champion at Melbourne Park in 2008, was in rampant form, winning 6-1, 6-3 in 79 minutes on Rod Laver Arena against the vastly experienced American.

Next up for the world number two, who was beaten in the final last year by Victoria Azarenka, is Kirsten Flipkens of Belgium, who overcame Russian qualifier Valeria Savinykh.

Sharapova has been in irresistible form in Melbourne, becoming the first person to score two 'double bagel' 6-0, 6-0 Grand Slam wins in a row since 1985 in her opening two matches.

She failed to make it three but gave it a good crack and has now won 36 of the 40 games she has played at the opening Grand Slam of the season. Williams is only seeded 25 but the seven-time Grand Slam winner has been climbing back up the rankings after injury and illness, and was expected to offer more resistance.

'Out of her depth'
Williams, who has not won a Grand Slam since Wimbledon in 2008, knew she had her work cut out when she was immediately broken to trail 1-0. She had a break point in the second game but failed to convert, and went 3-0 down when she blasted a forehand into the net.

The American finally got off the mark when the Russian netted a backhand return, but the reprieve was short-lived and Sharapova raced to the set in just 29 minutes. Williams was out of her depth and struggling to even win a point as she fell 3-0 behind in the second set before rallying to claw back to 3-1.

She started finding her range and managed to force a break at 5-2 and then held her serve but with 26 unforced errors, most off her forehand, it was delaying the inevitable and Sharapova finished the match with an ace. – Sapa-AFP

‘My goal is to win Wimbledon,’ says teen Gauff after Venus shock