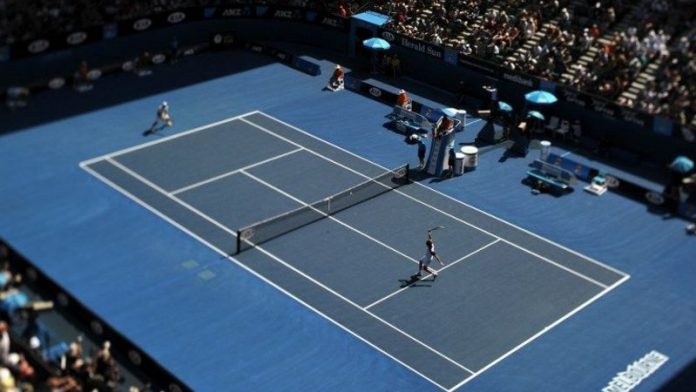 South Korean youngster Lee Duck-hee dreams of life at the top of the tennis world. It is a dream shared by elite junior players the world over, but what makes Lee different is that he is deaf.

In a sport in which players lean heavily on their hearing to calibrate their timing, gauge levels of spin and power and feed off the support of the crowd, Lee's disadvantage is greater than might first be suspected. But the 14-year-old who has been deaf from birth refuses to make a big deal of his disability.

Lip-reading, then speaking through an interpreter, Lee told reporters at the Australian Open that, in fact, he would rather not even mention his deafness to opponents or officials.

"The one thing that's difficult is the communication with the umpires, both chair umpires and linesmen," he said. "I don't hear the calls, especially the out calls, so sometimes … just continue. That's kind of difficult but it's nothing special."

It happened a number of times during Lee's second-round clash with Chile's Christian Garin in the junior event on Monday, a match Lee eventually lost 6-3 6-3.

"I do worry about that because today it happened a lot of times," said Lee, who gets round his deafness in doubles by lip-reading his partner. "The chair umpire already called 'wait' but I couldn't hear that, so there were a lot of lets. I wanted to see big [gestures] from the umpire during the match."

According to the Australian Open, officials received no specific direction before the match to let them know Lee is deaf but on a number of occasions, umpire Thomas Sweeney used his hands to communicate.

For most players, hearing the sound their opponent's racket makes when they strike the ball is crucial to judging how hard it will be and how to react to the spin.

Lofty goals
Lee copes well, however, and said that if anything, not hearing anything from the crowd makes life easier on court.

"Actually I don't care about my disability at any time, and on the court it's easy to focus on my match because I can't hear anything," he said. "So it's more convenient to play."

Lee has already proven that he may have what it takes to succeed against the odds, having won the Eddie Herr International, a top under-12 title held each year in Miami. In Melbourne, he qualified for his first grand slam event and though he was beaten in the second round on Monday, he said he was determined to return.

"I am really happy to be here for the first time," he said. "It's a really good opportunity to judge my ability against other players in the world. I am really happy and hope to be here next year again." Lee's coach, Hoon Park-kyung, said the pair have a special relationship because of the disability.

"Communication between players and coaches in Korea is usually quite simple because the players think that they should obey what they are told," Hoon said.

"I just wanted us to play together, not just teach him, but say small things and if there are any difficulties, say everything [that needs saying]. That's the priority."

At 14, Lee is an outstanding prospect and his ambition is to finish in the top 10 in juniors by the end of this year. In the longer term, he wants to be world No 1.

"I actually played with [Roger] Federer," Lee said, pulling out a photo on his phone of him at an exhibition in Korea, aged eight, sandwiched between Federer and Rafael Nadal.

"Actually, yesterday Federer passed by in the hall and he didn't recognise me. I was very disappointed. I really wanted to take a picture with him. Maybe I can in the future." – Reuters