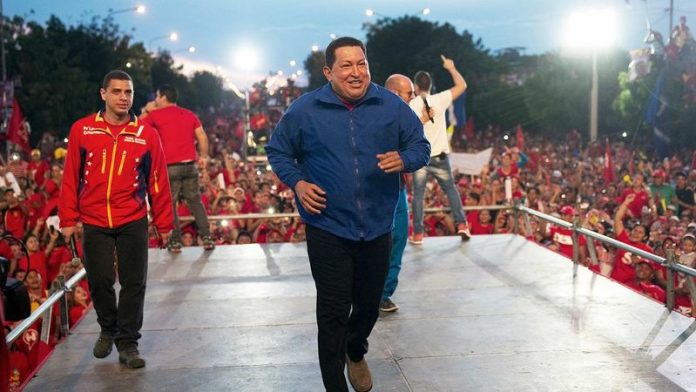 Rumors earlier this month that Chavez was on life support have given way in the last few days to speculation that he might soon return to Venezuela. The more positive talk has been fuelled by comments from officials that Chavez has been gradually improving from a grave post-operation situation – which was performed after his cancer re-occured.

"Comrades, I'm coming out of the meeting with our commander-president, Hugo Chavez," recently appointed Foreign Minister Elias Jaua tweeted from Havana after a visit with Chavez.

"We shared jokes and laughed."

Chavez took decisions over Venezuela's participation in a forthcoming Latin American summit in Chile, added Jaua, the latest of a parade of officials to visit the president, who is presumed to be convalescing in Havana's Cimeq hospital.

Fit to rule?
Though Venezuelan officials appear more upbeat, the usually garrulous and attention-seeking Chavez (58) remains unseen and not been heard from in public since the Deember 11 operation, his fourth for a cancer first detected in mid-2011 in the pelvic area.

Opponents remain skeptical, asking why Chavez cannot speak to the nation if it is true that he can chat with ministers.

Vice-President Nicolas Maduro is running Venezuela's government in Maduro's absence, but said at the weekend he was hopeful that Chavez might be home soon. Rumors are rife that a military hospital in Caracas is being prepared to receive him.

Opposition leaders are demanding to know if the socialist president remains fit to continue his 14-year rule.

If declared incapacitated, under Venezuela's Constitution, a caretaker president should be named and an election held within 30 days in the South American Opec nation. – Reuters