Obama’s inaugural ball: No room to dance but a night to remember 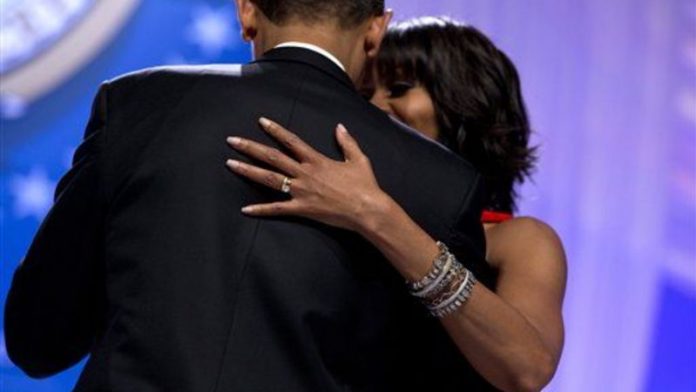 They knocked on doors for him and helped him win re-election, but when Obama supporters put on their tuxedos and ball gowns to celebrate the start of his second term in office, they feasted on pretzels, peanuts and Cheez-its.

"This is the food? I'm not too thrilled about it. It's for the birds," said Ben Shelly, who helped mobilise support for Obama on the Navajo reservation in Arizona.

Dancing was also difficult: it was much too crowded in front of the stage to manage more than an easy shoulder roll when pop stars like Alicia Keys and Brad Paisley played their hits.

But that did not stop Obama-backers from partying with their president, and celebrating the brief moment when the rancor of the campaign has faded and the tough work of his second term has yet to begin.

"I love the fact that we re-elected the first African-American president against all of the odds of the economy," said Vega Subramanian, an Indian immigrant who attended with her wife. "I want to do everything I can to support his views in favour of immigrant rights, in favor of gay rights, in favour of all of us."

Inaugural balls have been a Washington fixture since the city's earliest days, when James Madison celebrated with a dance at a downtown hotel in 1809.

Ending the party
Things got somewhat out of hand at Andrew Jackson's inaugural party in 1829, when thousands of revelers crowded into the White House, breaking thousands of dollars worth of china and forcing the new president to flee to Virginia for the night. Staffers managed to bring the party to a close by dragging the vats of punch out on the lawn.

Bill Clinton set a record in 1997 with 14 official balls, and Obama himself celebrated with 10 official events in 2009.

This year, organisers scaled back to two events to try to strike a respectfully austere note at a time when the economy is still struggling.

That obscures the fact that the scale – and the budget – are essentially the same as four years ago, with 35 000 people spread out over the six-square-block expanse of the Walter E Washington Convention Center on the edge of downtown.

Upstairs, about 4 500 wounded veterans and other military service members enjoyed a party of their own – a tradition started by former president George W Bush in 2005 as the country asked its volunteer military to shoulder the burden of wars in Afghanistan and Iraq.

One of those wars is now over and the other is winding down, but military leaders are struggling to contain rising rates of suicide and sexual assault among the troops, said Chief Master Sergeant James Roy, the most senior enlisted man in the Air Force.

"War is the only thing they've ever known," Roy said.

'Michelle looked amazing'
One floor down in a concrete basement nearly a third of a mile long, horn-rimmed hipsters, thirty-something Latino couples and middle-aged African-Americans lined up for $10 cocktails and $3 bottles of water.

While some got tickets for as little as $60 each, organisers asked wealthy donors to kick in as much as $1-million to cover the costs.

Some of the highest rollers opted to skip the event.

Marsha Laufer, a Florida retiree who has donated nearly $200 000 to Democratic candidates and causes over the past two years, spent the days leading up to the inauguration at the type of intimate events available to those who give at least $250 000 to the inauguration committee.

She met Obama at a White House reception on Friday and heard him speak at a candlelight dinner for top donors on Sunday. The inaugural ball was not on the agenda.

"It's been a very exciting day," Laufer said by phone.

Here is what she missed: At 9.22pm, the crowd erupted in a roar. A sea of camera phones greeted the first couple as they walked on to the stage. He wore a black suit and a white tie. According to the White House, she wore "a custom Jason Wu ruby colored chiffon and velvet gown with a handmade diamond embellished ring by jewelry designer Kimberly McDonald."

They danced in a graceful circle as Jennifer Hudson serenaded them with Al Green's Let's Stay Together. At 9.27pm, they waved to the crowd and strode off.

What about Obama? "Oh, he's just the president," she said.