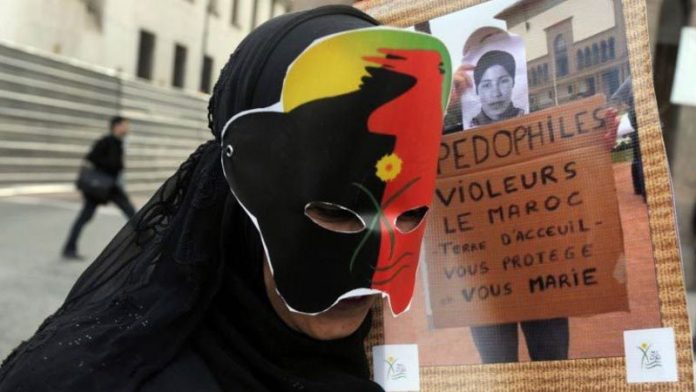 But the road to gender equality in Morocco remains long.

The kingdom was shocked in March 2012 by the suicide of Amina Filali (16) who was forced to marry the man who violated her. For him it was a way under Article 475 of the country's penal code to remain a free man.

On Monday, the country's Islamist government expressed its backing for a Bill to repeal this section of the law.

The justice ministry has also said it supports a proposal by Parliament to alter the article that states the rape of a minor is punishable by several years in prison unless the victims and their aggressor wed.

The proposal has yet to be formally approved by both houses, however.

The ministry said it was prepared to go further than scrapping the paragraph on marriage, suggesting harsher punishments for those who rape minors, including up to 30 years in jail rather than the current stipulated five.

Driss El Yazami, president of the National Council for Human Rights, said that the way was now clear for a favourable amendment in both houses.

"Any progress is noteworthy and it is clear that there was a shocking provision" in the current law, he said, but also called for speedier reforms.

"The question is not simply to affirm the principle of equality, but to see how parity" can be achieved, he said, noting that his council urged the creation of a superior body on equality as stipulated under the Constitution.

Violence against women
But progress towards gender equality in Morocco is moving slowly.

Since 2004, following an initiative by King Mohammed VI, Morocco has had a new family code (moudawana) governing polygamy.

A key concern is violence against women, said Khadija Ryadi, president of the Moroccan Association for Human Rights.

Six-million Moroccan women have suffered physical or verbal violence, more than half suffering abuse in marriages, according to Bassima Hakkaoui, the only female minister in a government dominated by Islamist Justice and Development Party which won the 2011 parliamentary polls.

In early January an attempted suicide by a house maid caused an emotional outpouring in Morocco. The entire incident was recorded on video by a neighbour and posted on the internet.

The young woman, who leapt from the fourth floor of an apartment building in Casablanca where she worked, said she was raped two years ago and rejected by her family.

She was saved by a young man who caught her but was killed doing so.

The maid said afterwards she had wanted to kill herself because of "continued exploitation".

Education and attitudes
Morocco has up to 80 000 minors who work as domestics, according to several associations.

Last week there was also an angry tumult when a member of Parliament initially sentenced to a one-year jail term in a rape case was acquitted on appeal.

"The Constitution has allowed some progress in theory, but there has been no tangible contribution," said Ryadi.

"If it hadn't been for the Amina Filali case, we would not have even be talking about Article 475" on the rape of minors, she added.

In the aftermath of the Arab Spring uprisings, the kingdom in mid-2011 enshrined "equal rights and freedoms" for men and women, adding that "the state would work to achieve parity" between the two.

Analyst Yazami says that what is needed now is a change of mentality.

"In addition to legislative reforms, there is probably very important work to be done in terms of education and mentality," he said. – AFP

Brigadier Sifiso Cele denies the rape allegations, saying that they are part of a smear campaign and that criminal charges should have been opened if the accusations were true
Read more
Politics

Despite 6 300 ANC cadres working in government, the party’s integrity committee has done little to deal with its accused members
Read more
Africa

Too often, governments talk the talk on gender equality, but fail to walk the walk
Read more
Opinion

If a man has the temerity to shoot a woman inside a police station, in front of law enforcement officers, then the country has an even bigger GBV problem than it thinks.
Read more
Advertising