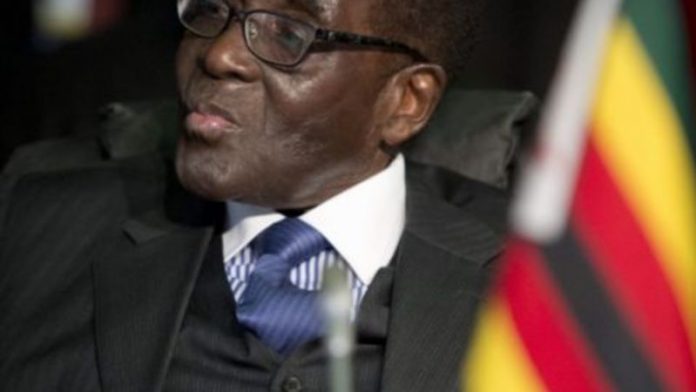 The shock announcement of the agreement has, however, sparked intense public speculation and suspicion of the events that led to the deal.

Before the announcement, Welshman Ncube of the smaller MDC grouping was excluded from a meeting between Robert Mugabe and Morgan Tsvangirai, and an infuriated MDC-T delegation walked out of a meeting with the Cabinet committee, claiming that Zanu-PF was trying to flex its muscles.

Political observers said the haggling showed that differences were far from being smoothed out. Different accounts also persist on the terms of the new agreement, with Zanu-PF and the two MDC factions all claiming victory.

Officials said Mugabe was forced to agree to compromises after discussions degenerated into talk over the upcoming election. "It was highlighted to him that the country would miss its election timeline if the disagreements continued and this would extend the lifespan of the unity government," said an official.

"After that, Mugabe insisted that a solution must be found and a deal must be reached without fail."

A parliamentary drafting committee must now incorporate the agreements into a consolidated draft.

Among the issues agreed on are:

Running mates
Party leaders will be able to pick candidates to stand with them in elections as their deputies. Zanu-PF had initially resisted the proposal, fearing it would provoke infighting and divisions in the party. However, the agreement on running mates will only be adopted after 10 years.

Constitutional law expert Lovemore Madhuku criticised the clause for being "stupid" and said Zimbabweans must reject the proposed draft in the referendum.

Executive powers
A two-term limit for the president has been agreed to. The clause is seen as the MDC's attempt to stop Mugabe securing a lifelong presidency. The president, however, retains power, exercising his executive powers through the Cabinet and appointing the heads of state institutions. The president can also dissolve Parliament.

Political analyst Alexander Rusero said the compromises provide a safe landing for Mugabe and his allies. "The compromises were meant to create a zone of comfort for Mugabe. It is a clear statement that Zanu-PF officials are negotiating terms to ensure their safety," Rusero said.

Devolution and provinces
Devolution of power has been "deferred" and will only be up for discussion after 10 years. In a seeming appeasement of those opposing devolution – which was favoured by most provinces in the consultative phase of the constitution – the principals agreed that the 10 provincial governors will be replaced by provincial chairs. The chairperson will come from the party with the most seats in a particular province.

Attorney general
A new national prosecuting authority will be introduced. The attorney general will now concentrate on advising the Cabinet. Trevor Maisiri, an analyst from the International Crisis Group, said: "I think it creates a reasonable framework for the country's desires for democracy. The only challenge I foresee is the retention of executive presidential powers with very limited accountability to the other arms of the state."