Britain pledges millions in aid to victims of Syrian conflict 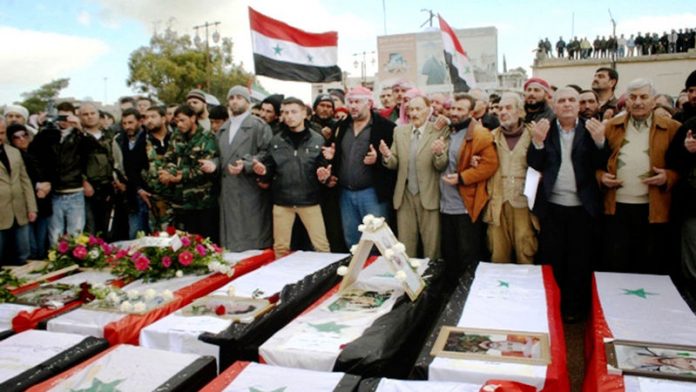 Britain on Saturday pledged an extra £21-million of humanitarian aid to help civilians caught up in the Syrian conflict.

Some £10-million of the funding will help Jordan cope with the influx of thousands of refugees from across the border, International Development Secretary Justine Greening announced as she visited Jordan's main Zaatari refugee camp.

Greening said the aid would buy lifesaving winter clothing and food, medical supplies to treat tens of thousands of injured people within Syria, and tents and blankets for refugees.

The donation brings Britain's total humanitarian aid to Syria to £89.5-million, but Greening said other countries were failing to deliver the help needed to stop an escalating humanitarian crisis.

"Warm words won't provide the shelter and support that Syrian refugees need. Money will," she said in Mafraq, the nearest town to the Zaatari camp.

"The UK and a handful of others have consistently led the way in responding to this crisis. But while a small number are doing a lot, the vast majority are still not doing enough. This is simply not acceptable and it has to change."

She added that Britain would make a further commitment at a United Nations' (UN) aid conference in Kuwait on January 30, and urged other nations to do the same.

According to UN figures, more than 60 000 people have perished in the conflict that erupted in March 2011 after troops brutally repressed a popular uprising against the regime of President Bashar al-Assad.

"This is a man-made crisis," Greening said. "That man is Assad."

A UN mission assessing the "enormous" humanitarian needs in Syria this week said that civilians, especially children, were in dire need of food, medical care and clean water.

The UN said on Friday that a record 6 400 refugees had flooded into Jordan in just 24 hours, bringing the total arrivals in the country since the start of January to more than 30 000. – Sapa-AFP.

The Tiguan R arrives in October but you'll just need to exercise a bit of patience for the Golf 8 R, which arrives in early 2023
Advertising