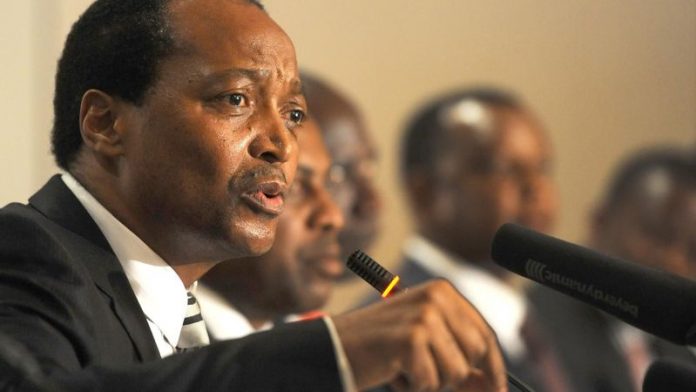 Motsepe, who is an African Rainbow Minerals ;executive, is due to make his announcement on Wednesday in Johannesburg and is one of the people who expressed in interest in the media group. He was recently in Davos – as was Denis O'Brien, Independent News and Media's biggest shareholder who met with President Jacob Zuma around "shareholdings in South Africa" – ;according to Bloomberg.

Motsepe also expressed an interest in extending his holding in platinum leading to discussions that his announcement may be related to the four shafts in Rustenburg that Anglo American Platinum is looking to mothball.

While in Davos, he told Bloomberg, that African Rainbow Minerals regarded platinum as a key sector, and that they were looking for opportunities to buy platinum mines.

Independent News & Media, the indebted Irish media group that owns the Cape Times Pretoria News,and the Star, is believed to have appointed Hawpoint and Investec as advisers on a possible sale of INM's South African businesses, which account for a third of group revenue and half of its operating profit.

Offers fell below the €250-million linked to the sale, with one reportedly at around €150-million.

The publisher took radical steps to restructure in recent years, which included selling its flagship UK title the Independent, in response to high levels of debt and tough trading.

The Sekanjalo consortium led by the philanthropist Iqbal Surve is the frontrunner to secure the unit, but  is still hopeful of reaching a higher price through a competitive process, according to the newspaper.

The company announced last July that it had appointed advisors to look at a range of options for its South African operations.

The publishing group generates about two-thirds of revenue from local newspapers in Ireland, including the dominant daily and Sunday titles north and south of the border, and the rest from its South African unit, where it is the leading newspaper publisher. – Additional reporting by Reuters

Max du Preez: I can no longer be associated with the Independent group