Zimbabwean government bank balance ‘down to $217’ 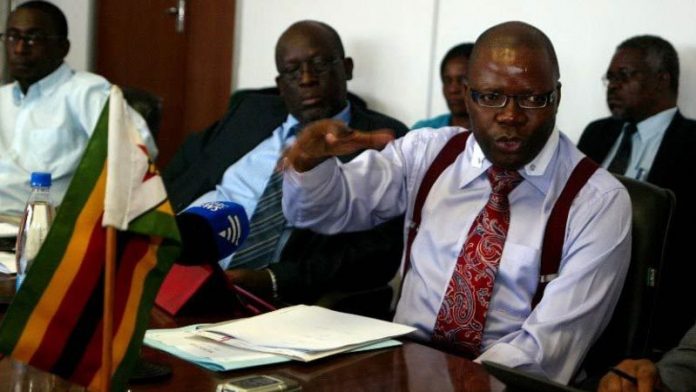 The paltry amount cast doubt over claims of a slow economic recovery and raised fresh questions about the fate of the country's diamond revenues – officials say almost $685-million worth were sold last year.

"Last week when we paid civil servants there was $217 [left] in government coffers," Finance Minister Tendai Biti told journalists in the capital Harare on Tuesday, noting that some of them have healthier bank balances than the state. "The government finances are in a paralysis state at the present moment. We are failing to meet our targets."

Zimbabwe's elections agency has said it needs $104-million to organise polls this year. Biti added: "The government has no money for elections … We will be approaching the international community to assist us in this regard, but it's important that government should also do something."

Zimbabwe's economy boomed after independence in 1980 but took a hit in 1997 when President Robert Mugabe gave in to pressure from war veterans waging violent protests for pensions.

From 2000 the seizure of white-owned farms led to chaos in the agriculture sector and the economy shrank by half. In 2008 hyperinflation of 231 000 000% broke the national currency and left millions of people hungry.

Zim economy in ICU
But the adoption of the US dollar and South African rand appeared to have brought a measure of stability. The government's national budget for this year stands at $3.8-billion and the economy is projected to grow by 5%.

The headline figures are not necessarily reflected on the ground, however. The United Nations has said Zimbabwe will require at least $131-million in aid this year, the bulk for food assistance after a failed farming season left nearly 1.7-million people facing hunger.

"There have been some assertions that the economy is getting better but as ordinary people we have not been seeing it," said McDonald Lewanika, director of the Crisis in Zimbabwe Coalition. "Without foreign direct investment coming in and with some companies leaving because of uncertainty, I wonder where these assertions come from.

"The minister's statement is indicative of the very difficult situation in the country. It shows the economy really is in the intensive care unit. We have a very small formal economy so the space where minister Biti can raise resources is limited. And we should ask where certain revenues are going."

The Movement for Democratic Change (MDC) claims that income from lucrative diamond sales is being expropriated by 88-year-old Mugabe's Zanu-PF party to boost its campaign for votes. Biti, who is also MDC secretary general, has claimed the treasury received only $40-million from diamonds last year.

The MDC spokesperson Douglas Mwonzora said: "The government has no money. The most important thing is that money from diamonds is not being remitted to government coffers. As a result, after payments were made last week, there was only $217 left."

He added: "The diamond wealth is going to Zanu-PF machinery and its war chest. There is likely to be an economic crash because of the uncertainty of the elections and the possibility of a Zanu-PF victory. Investors really have to pray for an MDC victory."

The watchdog Partnership Africa Canada said last November that at least $2-billion of diamonds from the Marange fields had been stolen by Mugabe's ruling elite, international dealers and criminals in "perhaps the biggest single plunder of diamonds the world has seen since Cecil Rhodes".

Draft constitution
A referendum on a new constitution is set to be held in March after which Mugabe is expected to name a date for the polls.

The latest draft of the constitution curbs presidential powers and strengthens Cabinet and Parliament. According to a final copy of the draft charter obtained by Reuters on Tuesday, the president will be required to exercise power in consultation with the Cabinet, with decrees requiring its majority backing.

The new document also limits the president to two five-year terms, starting from the next election. However, this will not be applied retrospectively, so Mugabe, already in power for 32 years, could technically rule for another two terms. – Guardian News and Media