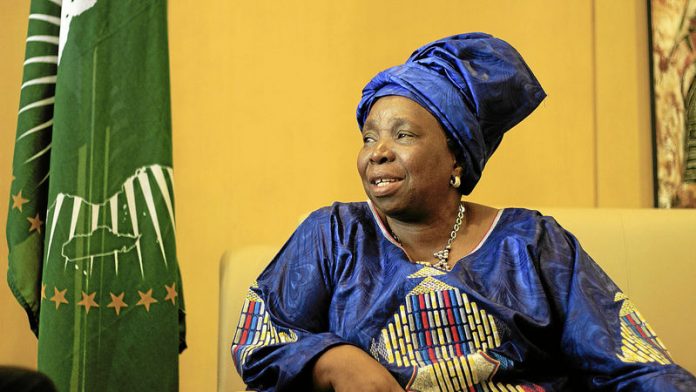 This past week's two-day African Union assembly of heads of state in Addis Ababa celebrated several anniversaries: the 50th since the founding of its forerunner, the Organisation of African Unity, and the 10th of the AU itself.

It was also the occasion for a few firsts: the first to be presided over by the AU commission's new chair, Nkosazana Dlamini-Zuma, and thus the first time that a woman has presided as chairperson over the gathering of Africa's predominantly male heads of state.

Though the summit carried the theme "Pan-Africanism and African Renaissance" the most urgent item on the agenda was Mali, which suffered a coup in March 2012, further government ructions later in the year and an offensive by Islamic militants that culminated in the Malian government's request to France to intervene. About 2500 French special forces and nearly 2000 African soldiers are now battling militants in the north, where they had seized the key cities of Gao and Timbuktu.

Despite an official "solemn declaration" acknowledging "the substantial assistance extended by France in these trying moments for Mali", most African leaders were not falling over themselves to commend the French-led intervention to repel the jihadist assault because it exposes their own inadequacies and the failure of their collective leadership to mount a credible challenge to an attack on the sovereignty of one of their members. (Nigeria and Somalia face similar jihadist threats.)

Yet the summit had to recognise that the ongoing Mali intervention (the African-led International Support Mission in Mali – Afisma) requires a much more robust presence by members of the Economic Community of West African States as well as other African countries.

The AU Peace and Security Council, which met just prior to the summit proper, reiterated its "rejection of terrorism and transnational crime, as well as the recourse to armed rebellion to further political claims".

Intervention
The actual timing of the deployment of more African troops was still uncertain at the close of the summit, but it did commit $50-million to support Afisma.

Significantly, a side event at the summit was a donors' conference, which Dlamini-Zuma said hoped "to mobilise the necessary financial, logistical and capacity building support for both the Malian defence and security forces and Afisma".

At least AU members will contribute financial resources to this intervention, a departure from the past, when there was almost total reliance on external donors.

Offensives such as those in Mali, Nigeria and Somalia could lead to a tragic repeat of pre-colonial imperialism, in which Middle Eastern, Islamic-oriented conquests of North, West and East Africa entrenched Islam in these regions, then were eventually overrun by Western, Christian-oriented colonial dominion, predominantly in West, Central, Eastern and Southern Africa.

Africa's people and governments are in danger of being manipulated in a conflict not of their making.

It is ultimately the responsibility of Africans and the African Union to ensure that the continent responds as a collective when one of its constituent countries is over-run by externally inspired forces, whether from the Middle East, the West or the East.

This will help to forge pan-Africanism as a force. African non-governmental organisations across the continent are already working extensively across borders on a whole range of political, social and economic issues.

Still, for the most part, Africans have a long way to go before they build genuinely strong bonds of pan-African solidarity. The concept of pan-Africanism will ring hollow unless African governments can ensure their own collective security and lay the foundation for genuine peace, democratic governance and development.