China and Mzansi: An art of equals 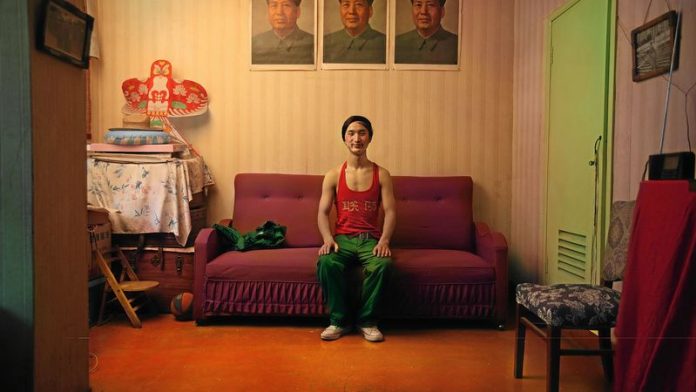 In her essay in the catalogue to Making Way, the exhibition’s curator Ruth Simbao writes that “‘making way’ can be used as a metaphor for the making of sociopolitical, communal or personal progress”. She adds, significantly, that “this progress is not necessarily linear with a clear, triumphalistic goal ahead, but can simply be about movement, about progress beyond stagnation”.

We need, urgently, to move beyond the stale canards and thoughtless generalisations about China in Africa and about Africa and China. Too often the relationship is presented as a binary of good and evil. Between those poles, however, are numerous gradations, and it is in endeavours such as Making Way that the complexities and subtleties of the China-Africa relationship are pondered. Behind the grand geopolitical game of resources for infrastructure lie countless human stories, fears, hopes, frustrations and aspirations. And it is in these, rather than in jaundiced and simplistic media reporting and analysis or in bandwagoneering academic rushes to judgment, that a balance will be struck.

Making Way is an accretion of ideas, experiences and reflections about moving, pausing, staying, perhaps settling. It is about journeys of the body, the mind, the heart and the soul. It is, finally, about going and staying, leaving and returning. In that, it is about “diaspora”, though I hesitate to appropriate so specific a word. Also, one must note that “diaspora” has not found its way to an easy equivalent in modern Chinese. Instead, there is the ancient “bei jing li xiang” — be forced to leave one’s home.

Chinese in an African context begins with thousands forced to leave their homes — economic migrants to the continent and, in the case of this country, to the gam saan (“gold mountain” in Cantonese) of Johannesburg, South Africa. The Chinese dispersion to the tip of Africa is a tale of people from four eras and places — Guangdong, Taiwan, Hong Kong and the People’s Republic of China — and of the land that beckoned to them.

There is a small but not insignificant prehistory to these influxes of settlers. A copy of the so-called Kangnido map — the Chinese/Korean chart dating to the late 14th or early 15th century, which shows Africa with remarkable accuracy — hangs in the South African National Assembly. The original was presented to Zhu Di, the Yong Le emperor, by the Korean ambassador in 1403. It was Zhu Di who sent Admiral Zheng He on the Ming dynasty’s great global voyages of exploration, beginning in 1405.

Making landfall
The fleet that set sail just over six centuries ago is still without peer in seafaring history — 27 000 men on board 317 ships. The largest of those, the treasure ships, were almost five times the length of Columbus’s Santa Maria. Zheng sailed an estimated 300 000km, in seven voyages over 28 years, and made landfall in about 30 countries. One of those might have been what is today South Africa.

Chinese maritime historians are wary of making grand claims about Zheng’s voyages, but not so the retired British navy submarine commander Gavin Menzies. His book, 1421: The Year China Discovered the World, claims that Zheng He’s fleets rounded the Cape of Good Hope and reached “America” more than 70 years before Columbus. It is important to examine this putative link between China and Africa because it informs some of the current relationship between them.

Menzies’s overall thesis may well be flawed, but it is possible that he is correct about the first connection between China and South Africa. In 1420, according to 15th-century Venetian cartographer Fra Mauro, a Chinese ship rounded the Cape of Good Hope on a voyage of exploration into the South Atlantic.

Mauro’s observation is in a note appended to his map of the world, and also shows a picture he drew of a Chinese junk. Mauro compiled his famous map for Dom Pedro of Portugal, brother of the famed patron of explorers Henry the Navigator. The map correctly drew the Cape of Good Hope — 30 years before Bartolomeu Dias made the first European rounding of the Cape. Historians believe that Mauro must have used Chinese navigational maps to show the Cape so accurately.

Anecdotal evidence abounds of porcelain shards being washed up in Mossel Bay, on the southern coast of South Africa, as late as the 1980s, which have led to suggestions that Chinese treasure fleets stopped there in the early 15th century.

I have dwelt on this highly debatable Menzies theory because the contemporary Chinese presence in Africa shares some motivations with Zhu’s policies on foreign trade. The emperor decreed: “Let there be mutual trade at the frontier barriers in order to supply the country’s needs and to encourage distant people to come.”

Africa loves China
Beijing’s first policy document on Africa was produced only in January 2006, but relations with the continent preceded that by at least 50 years. Beginning in 1955, China sold military equipment to the continent, totalling $142-million by 1977; during the same time, 15 000 African students attended Chinese universities. The launch in 2006 of the New Asian-African Strategic Partnership has boosted trade and investment through political, economic and cultural exchange and co-operation.

China in Africa, and China and Africa, have become a major media focus. The 92nd issue of the literary magazine Granta, titled The View from Africa, had as one of its pieces “We Love China” by Lindsey Hilsum, the Channel 4 News International editor. Her final words are very germane here.

“The Chinese come to Africa as equals, with no colonial hangover, no complex relationship of resentment. China wants to buy; Africa has something to sell. If African governments could respond in a way that spread the wealth — a large if, of course — then China might provide an opportunity for Africa which Europe and America have failed to deliver.”

China did not always arrive so mightily in Africa. It was as labourers that Chinese came to South Africa: the Dutch brought Chinese workers from their colony of Batavia in the 1660s. The first Chinese to set foot on South African soil arrived in Cape Town in 1658. Previously that honour had been ascribed to one “Wancho”, a convict who arrived in Cape Town in 1660, aboard the Dutch ship Arnhem, from Batavia. In 1664, Ytcho Wancho made a knife attack on a female slave, was caught and subsequently tried to hang himself. He was sentenced to a flogging, and then dispatched to Robben Island, in effect for life.

From the 1740s about a dozen or so Chinese at the Cape of Good Hope ran restaurants, sold vegetables and were chandlers and traders. From 1849 to 1882, the British colonies of the Cape and Natal experimented with importing indentured Chinese labour. From 1875, Natal imported Chinese artisans and labourers to work on the colony’s roads, Durban harbour and other public works projects. The first Chinese in the Transvaal were seven gold prospectors who arrived in July 1876 at Pilgrim’s Rest, where gold had been found.

The first wave of Chinese immigrants sailed to South Africa in the 1870s from Canton, now known as Guangzhou. These 19th-century migrants from the southern Chinese province of Kwangtung (now Guangdong) are the ancestors of most South African-born Chinese (now self-styled as SABC or SABCs).

Africa in China and Africa and China in many ways present the other side of the coin. In southern Chinese cities, there are African markets, Little Nigerias, mini Lagoses, visitors and traders from many other parts of our continent. When do such economic migrants become rooted? When my great-grandfather and grandfather journeyed from China to Johannesburg in 1911, they reckoned on staying for a short time, working hard, saving money to send back, and eventually following it home. My grandfather never set foot on China’s soil again.

Making Way is replete with considerations of migration and its almost inevitable accompaniments — nostalgia for home, xenophobia in the new home and the mythical-memory complex.

Appreciation and thanks must go to Simbao and the African and Chinese artists she has gathered so sensitively and skilfully to present a picture of the very human nature of the Africa-China relationship.

This is an expanded version of Darryl Accone’s opening address at the exhibition, which is at the Standard Bank Gallery in Johannesburg until March 28