Khampepe report: Keeping you in the dark 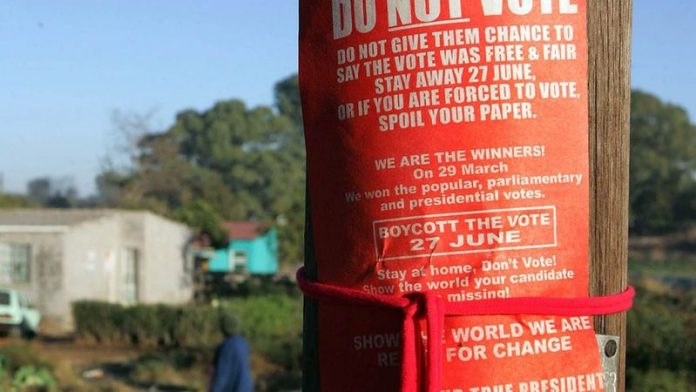 Three courts have now ruled the same way:  the presidency has no legal grounds to keep secret a report by justices Sisi Khampepe and Dikgang Moseneke on the constitutional and legal environment in which Zimbabwe's 2002 election took place. And yet, four and a half years after the Mail & Guardian began the formal process of requesting a copy of the report in terms of the Promotion of Access to Information Act (Paia), the Zuma administration continues to fight to avoid having to let go of it.

It has been a long and winding path from the high court to the Supreme Court of Appeal, and then on to the Constitutional Court and back to the high court. In the most recent round in the North Gauteng division, Judge Joseph Raulinga was enjoined by the Constitutional Court to take a "judicial peek" at the report in case the government's lawyers had felt so constrained by their concern to keep its contents secret that they could not present their arguments as robustly as they might have liked.

On the contrary, Raulinga found that the report may disclose evidence of significant illegality, but that disclosing it would not breach state-to-state confidentiality.

We had hoped that that would be the end of an enormously drawn-out and expensive process. After all, President Jacob Zuma has tended to take a firmer line with Robert Mugabe and Zanu-PF than former president Thabo Mbeki did, and a crucial new election is pending in Zimbabwe.

We were preparing on Tuesday this week to take delivery of the report at long last. We have not received it. Instead the state attorney has informed us that the judgment will once again be appealed.

Of course the government is within its legal rights. If it is not in contempt of court, however, it is clearly in contempt of South Africa, of Zimbabwe, and of section 32 of the Constitution, which enshrines the principles of open democracy.

The prospect of an ultimate victory for the state, on appeal, are clearly very dim indeed. What it will achieve is more delay – perhaps until after Zimbabwe's elections. Unconstrained by the discipline of costs, which might give an ordinary litigant pause, the president is freely spending your money in a bid to keep you in the dark.

The presidency still has a chance to drop its appeal, and that is what they must do. If they choose not to, we are going to continue this fight, because we think you have a right to know what two of our most eminent jurists told Mbeki at the time he was blithely signing off on a stolen election. And also because we think Zimbabwe deserves a free and fair poll this time around, because the historical record matters, and because Paia must be a living enabler of democracy, not a dead letter lost in the statue books.

Journalism’s immune system has long been compromised. From declining advertising revenue to the rise of disinformation campaigns and thoughtless social media companies, the industry has borne the brunt of multiple blows over the years
Read more
Advertising
Continue to the category
Politics