Lindiwe Sisulu: A plan to catch the lesser spotted filcher 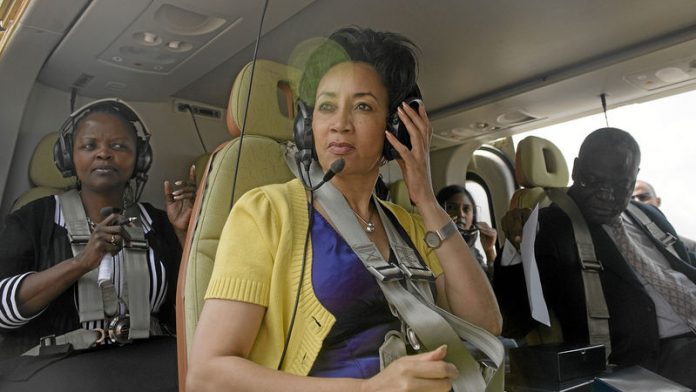 You could understand the jaundiced reaction in some quarters: another year, another anti-corruption ­initiative. So when Public Service and Administration Minister Lindiwe Sisulu addressed Parliament this week on the subject of her department's new unit, intended to wrestle with the knotty problem of conflicts of interest in the public service, the sardonic jeers from the opposition benches were as predictable as they were understandable.

On Tuesday this week, Levin reported to Parliament that in the latest round of disclosures of outside interests there had been an improvement: 74% of public servants were complying with disclosure requirements, but in some departments the disclosure rate was zero and 37% of directors general had failed to disclose. A whole new class has emerged by stealth. It is distinct from, but like a first cousin to, the more-commonly-spotted-in-public "tenderpreneur".

Whereas the tenderpreneur operates ostensibly outside of government, using ANC contracts to chisel out large segments of state business for black economic empowerment front companies, the new class Sisulu has set her sights on is a slightly different creature. It cuts out the middleman and simply does business with itself. Nice work if you can get it.

The sums involved may not match the juicy slices of action procured by tenderpreneurs, but they are sufficiently significant to have elicited an interesting reaction last week. The weekend press reported a senior manager in the public service as saying: "Most of the 1.5-million public servants are at the lower level and don't earn enough to sustain their lives. They have no choice but to explore other opportunities."

Thus doth a new class speak to defend its interests. It is a powerful interest group. Many of the most active members of ANC branches overlap with this class. A typical delegate to the Mangaung national conference of the ANC last December came from this class.

Corrupt practices
Which may explain why the government has been so leisurely in its various attempts to clamp down on such corrupt practices in recent years. That and the weakness of the public service ministers who have held that office since Geraldine Fraser-Moleketi was banished to the wilderness (in her case to the bureaucratic quagmire of the United Nations family) after Polokwane.

Those other ministers made little or no impact on the portfolio. Although Fraser-Moleketi was prone to Mbeki-itis (a tendency to over-elaborate and to set so many targets, that her staff were constantly running from pillar to post), she was tough, hard-working and dedicated to reform. Sisulu is the same, keeping her core staff busy most weekends.

It was reported last year that President Jacob Zuma's decision to move Sisulu from defence to public service was a demotion, designed to clip her wings. Indeed, defence is a marquee portfolio, traditionally in the "class A" category of Cabinet positions.

And it is also true that, during her three-year tenure at defence, Sisulu was overly fond of dressing up in military trappings, which made her look as though she were playing a Latin American dictator.

She may not be an instinctively progressive person on some social issues (more of a Christian Democrat than a social democrat, perhaps), but she is a democrat nonetheless and one who understands the importance of accountable governance to economic development, a relationship the national development plan asserts is a pivotal precondition for progress.

Beyond some platitudinous statements of the bleeding obvious, the Mangaung resolutions offered nothing new on the governance and corruption front. Not surprising, one might think, given the composition of the conference's delegations.

Instead, then, it is the government that is pressing ahead. The proposal to outlaw public servants' entering into contracts with companies they own or control has safely made it from Levin and the public service commission through Cabinet in December and into Sisulu's in-tray.

To succeed in the broader effort of containing corruption in the public service, she is going to have to find allies in other sectors. She needs the support of both civil society and the private sector, organisations such as Cosatu's Corruption Watch and international initiatives such as the Construction Sector Transparency Initiative or "CoST", which, given the scale of public investment in infrastructure and the justified concern about graft, South Africa should join without further ado.

Value for money
The one predictable thing about Finance Minister Pravin Gordhan's budget speech on Wednesday was that it would stress the need for "value for money" in the public service, and "doing more with less".

The ANC also needs to nail its own flag to the mast, especially in terms of the disclosure of private donations. Mangaung resolved, as did Polokwane before it, that private donations should be regulated.

And though I have more confidence in ANC treasurer general Zweli Mkhize when he says "We must look at it" than his predecessor, Mathews Phosa, I doubt that with a fat election campaign on the horizon anything will be done.

There is now a grotesque Bermuda triangle entrenched at the heart of South Africa's body politic: public servants in all three spheres of government; their companies and the donations that are made to the ANC; and the competing factions within the ANC and the patronage proclivities they tend to provoke.

These are murky, choppy, even dangerous waters into which another tough, uncompromising ANC woman leader journeyed not so long ago. Nkosazana Dlamini-Zuma's report focused on ANC election-list irregularities in the 2011 municipal elections, but it is likely to be the basis of a fresh effort to understand and untangle the overlapping interests involved to try to rebuild integrity in the public services.

Sisulu is wading into that Bermuda triangle now. To avoid disappearing without trace, she will probably need more than her descent from ANC aristocracy and her robust political shell.

But if anyone can do it, she can.

The ANC parliamentary caucus as yet to confirm whether Bongani Bongo, who faces bribery and corruption charges, has resigned as an MP in line with the NEC’s directive
Read more
National