FNB cowardly to capitulate to ANC 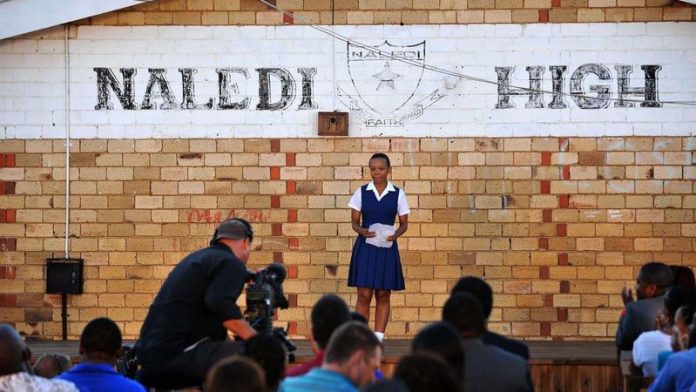 The entire episode has given many powerful and succinct clues about the true state of South Africa's democracy, painting a picture that is far more incisive than the fawning words of the country's sentimental  self.

Discourse on the matter has been hysterical and is mainly centred on the correctness or otherwise of the reaction of the ruling African National Congress on the one hand and the complete capitulation of First National Bank on the other. The Democratic Alliance has, of course, used the incident to fire the customary salvo at the ANC, whereas the ruling party has shown an uncanny ability to play wounded victim and ­terrifying bully.

At the heart of the matter is whether or not profit-making corporate entities have a right to make social and political commentary. The answer to this question is generally nothing more than a heavy dose of fascism peppered with more than a sprinkling of breath-taking hypocrisy. It demonstrates the immaturity and weakness of our democratic culture and offers many reasons to be extremely worried about the future.

To illustrate this, let us suppose that the videos showed children talking in specifics about the many advances made since 1994. Millions have access to running water, electricity in their homes and get either assistance to secure a decent home or one for free.

They could also have spoken about the successful transformation of the South African National Defence Force from a highly politicised killing machine that destabilised neighbouring countries and suppressed free political expression internally into one that contributes to peace-keeping in many trouble spots on the continent.

In that instance, the ANC could quite plausibly have directed many towards online sources where the videos could be viewed. The campaign would be a sparkling advertisement of the ANC's almost two decades in power. As commentary goes, such pronouncements would have been laden with as many political inferences as the recent advert. However, as it would cast the ruling party in a positive light, there would be no need for First Rand chief executive Sizwe Nxasana to send a grovelling text message to Basic Education Minister Angie Motshekga.

The truth is that this poorly executed campaign and the imagined campaign are two sides of the same coin. In both instances, a private, profit-making corporate entity would be making political commentary.

Prickly egos
Because a fawning campaign would raise no hackles in Luthuli House, it is hypocritical of the ANC and anyone who thinks FNB was wrong to raise their objection in this instance. We have to calibrate our positions in relation to the principle involved. We either agree to ban political commentary by companies or we allow it. It cannot depend on whether or not it ruffles the prickly egos of those in power.

Our constitutional dispensation makes no distinction between natural and juristic persons on the limitations applicable to freedom of speech. There are also no limitations on the basis of age, but there would be serious ethical questions if the children involved were scripted and coached to say what they did and it was presented as their own views.

Any attempt to discredit FNB's campaign at best demonstrates a poor understanding of the democratic principle involved, at worst a dictatorial attempt, successful in this instance, to muzzle criticism and therefore limit free speech. If it is unacceptable for a bank or any other business to make critical statements about the state of the country, then it must be equally so in regard to singing its praises. The principle is exactly the same.

There is a widespread belief that business should keep its nose out of politics. This position is bankrupt. It means there would have been no reason for international companies to disinvest from South Africa during the apartheid era. Yet this was seen as a powerful moral stand against a political and social crime. To this day, many still decry the failure of business leaders to speak out against apartheid and take the side of human rights and equality for all.

But is a failure to educate children properly or the blatant abuse of scarce taxpayers' money on the personal comforts of the executive not a serious enough issue to warrant commentary from business? The mind boggles.

In any event, business is already deeply involved in politics and in the tacit endorsement of everything the parties that govern different levels of the state do. Annually, South Africa's political parties, in particular the ANC, receive millions from business. There is no greater demonstration of approval than digging into your pocket and funding a political entity to carry on what it has been doing.

Ethos of intimidation
Why then is it problematic when a sector that provides much of the cash also believes it can spend that money on making statements it believes to be in the interests of its existing and future customers?

For its part, FNB has explained that there were unscripted survey interviews captured on camera and a scripted television advertisement that is still available on YouTube. The unscripted interviews appear to be what have touched a raw nerve with the ruling party.

It is disturbing that South Africa is becoming accustomed to an ethos of intimidation that takes advantage of most South Africans' relative ignorance of the rights guaranteed in our Constitution. When it becomes normal for citizens to withdraw from fully accessing their rights out of fear, a culture of dictatorship fills the void. It then becomes impossible to regain the ground conceded when there is no option but to speak up.

Left unchallenged, the encroachment on constitutionally guaranteed freedoms accelerates to the point at which democracy becomes a sham because of the willingness of those in power to bully and of ordinary citizens to acquiesce.

South Africa can ill afford the evolution of such a scenario, yet the country is headed in that direction. Various methods are employed to punish those who exercise their

democratic right to speak openly on the affairs of their country.

By moving so quickly to explain itself to the ANC and co-sign a humiliating press statement afterwards, FNB did more damage to this country's democracy than it may have intended. The bank explained through its action better than any words of the country's greatest poets could have that the extent of one's democratic rights in this country depends entirely on whether or not the ANC approves of the expression of those rights.

One day, we shall look back at this incident and realise it was one more red flag on a slippery slope into an abyss of political intolerance, an objective form of violence that throughout human history has been largely overturned by ugly subjective violence. Our country has suffered enough and cannot afford to go back to that. It is sad that FNB's cowardice has given that slide a powerful nudge.