Giving back from the bassline 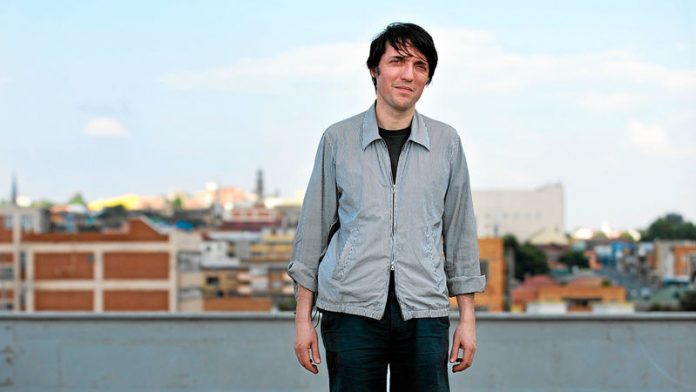 Picture this intimate little human circle. It is in the community centre of the tough township of Manenberg outside Cape Town. A gentle pale man is surrounded by a small group of attentive kids from the local community. He is Colin Greenwood (43), the bassist for what is regarded by many critics and fans as the greatest rock band in the world at the moment, Radiohead. The underprivileged kids are part of the Children's Radio Foundation (CRF), which has more than 50 youth radio projects across Africa – Greenwood is a CRF ambassador who is on his first visit to South Africa, where the Unicef-funded organisation is training children at 12 community radio stations across the country.

But there is a little bit of tension in the air. Greenwood has been listening to the fascinating tales of the young ones telling him about the stories they've been doing for their radio station. Now it is his turn and he senses it may be a tough audience.

They've never heard of the five-person band called Radiohead and he plays them two songs.

Reckoner, which has a groovy backbeat, is a fairly new song from the relatively challenging 2007 album In Rainbows. The single, High and Dry from 1995's The Bends, is the art-rockers' most accessible pop hit.

Greenwood's green eyes smile as he relives it. "They all look like they're in pain," he says as he demonstrates to me how the kids were listening to his music, bent over forward with their hands clasping their foreheads. He laughs, sounding like a brief bassline spurt from one of the band's more experimental albums. "Looks like I'm torturing them with the music!"

With sales of more than 30-million albums worldwide, Radiohead's music has clearly not been torturing their adoring fans. But the adoration does not come with the concomitant arrogance one would expect from a rock star.

"It is an easy bubble being in a band," Greenwood says in our interview at a sidewalk cafe in Johannesburg last weekend. We joined him at a party with local musicians Joao Orecchia, Dan Roberts and the members from the BLK JKS, on Sunday evening and again for dinner on Monday. He is generous with his time and deeply curious about the world and people around him.

It is his first visit to Africa, but as a voracious reader he was introduced to the continent as a kid through children's books, Ryszard Kapuscinski's books and then fiction from Ben Okri.

A recent book that really made an impression is A Long Way Gone by a child soldier in Sierra Leone (Ishmael Beah). "I don't really know that much, so I am learning," he says.

Greenwood graduated with a degree in English from Cambridge in 1990, but clearly hasn't stopped learning since. He loves engaging about books, art, music, photography, history and politics. "If I hadn't become a musician I would have loved to be a journalist and to travel – but I get to travel with the band.

"I realise some of the things for being in a band is quite a good skill for doing this, which is travelling, meeting people, being relaxed about waiting for things to happen … and being curious and being in different situations every day."

Unlike many celebrities who focus on photo-ops, Greenwood refuses to shift the spotlight on to himself when it comes to the charity he is supporting here in South Africa. In the fortnight here, he has been taking in the less glamorous parts of the project, which means hard travelling to parts where CRF is involved in radio training for young people such as Khayelitsha, Manenberg, Kuruman, Taung and Moutse.

He is clearly in awe of what is being achieved with the project, which trains kids to actually make programmes for their community radio stations. "It gets them to express their curiosity about the world, they ask questions and, next thing, they express their views about what makes them happy or angry about the world – that's the best thing about it."

On Monday evening we're in a huddle around a laptop going through the pictures of the lovely, bright kids he met in those places – he points them out and coos like a happy dad. The kids here often asked him about his three boys (aged three, seven and nine) back in Oxford, he tells me. Greenwood then absent-mindedly opens a folder and it has pictures of his family. He looks at a picture of his three beautiful boys in the snow, then slowly gazes up into the distance and a ­gentle smile spreads across his face.

His other family, Radiohead, the one he has been part of since it was formed when they were schoolboys in 1985, are on a nine-month break until September when they will start work on their ninth album. Known for their progressive views (lead singer Thom Yorke recently threatened to "sue the living shit" out of British Prime Minister David Cameron if he uses a Radiohead song in a future campaign), I ask Greenwood whether Radiohead are a democracy.

He gives that easy bassline chuckle again: "Thom said Radiohead is like the United Nations and he is America!" And you? "I could be like Russia or China on the Security Council … No, no, I could be like France, with pretensions of grandeur of power, but have none at all … "

Greenwood fits the well-known musical cliché that bass players prefer being in the background. He tells the story over Portuguese food at the Troyeville Hotel of how he saw Yorke walking down the main street in Oxford the other day dressed in red pants and a leather jacket. The singer was in his own world and did not notice his bandmate across the road walking his kids home from school. A group of students also saw Yorke and one asked Greenwood: "Did you see, that's Thom Yorke?" Greenwood gives his famous chuckle. "I didn't ask them, ‘do you know who I am' though!"

Despite moving away from a melodic indie rock on their first three albums to a more experimental art-rock on the past five records, Radiohead remains hugely popular across the world, including here in South Africa.

I ask him: "If you had grown up here, would your music have sounded the same – some of your songs sound like music made by people who grew up in a cold country?" He answers quickly: "But it is also music for people who hungered to live in a warm country – it is dreams of other places that filter through.

"Influences are everywhere – when we make music, we listen to a lot of hip-hop. You wouldn't think so. When we did The Bends we listened to a lot of Scott Walker, his album Scott 4."

Greenwood rubs his chin and smiles: "You aim for the stars and hit the clouds – that's good enough."

"I love reggae, but I don't know it as well. I've been to Jamaica … does that count?"

There is one part of the Radiohead UN where Greenwood will want to wield some power, though, and that is about the band coming to play in South Africa on their next world tour. He is clearly smitten with the country and the people he has met.

"I phoned my agent this morning," he told me. "I told him that we have to come and play here."

He is going to share his passion for the children's radio project with his Radiohead friends. "I'll tell them about it, and I'll be saying we've got to come back here and do some shows.

"The only reason why we haven't come to South Africa yet is just fitting it in with the schedule; there's no other reason. We've never played in Africa and we'd love to."

He admits it will be a good reason to see his new young friends from the radio projects again. "I'd love to ask the young people to come and see the shows … "

Radiohead in Israel: A fig leaf for apartheid