Higher education must be transformed 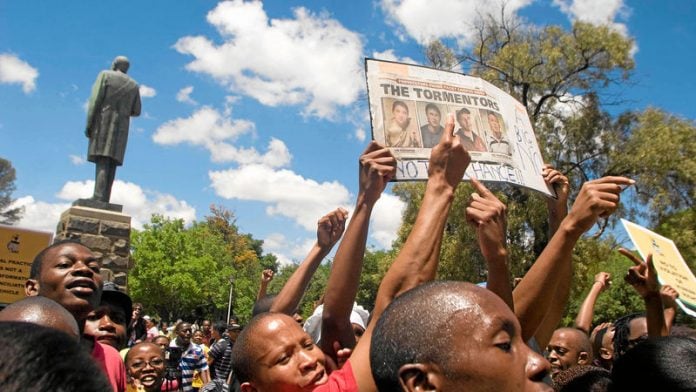 The Mail & Guardian's shrill, irate pieces on the announcement of the transformation in higher education oversight committee and its membership require a response ("Storm over varsity 'commissariat'" and editorial, January 25-31).

The committee has been in the offing since the 2008 report by the ministerial committee on progress towards transformation and social cohesion and the elimination of discrimination in public higher education institutions, also known as the Soudien report. The ministerial committee was established "to investigate discrimination in public higher education institutions, with a particular focus on racism, and to make appropriate recommendations to combat discrimination and to promote social cohesion". This focus was a result of the racist incident at the Reitz hostel of the University of the Free State.

The Soudien report concluded that "discrimination, in particular … racism and sexism, is pervasive in our institutions" and recommended that the minister consider "establishing a permanent oversight committee to monitor the transformation of higher education". Hence the oversight committee, launched by the minister on January 23, which got negative reports in your newspaper.

The committee is being established to monitor transformation in public universities, to advise the minister on policies to combat unfair discrimination and to promote social cohesion. The M&G article puts emphasis on the negatives, the perceived divisions and turf wars. The only conclusion to be reached is that either the reporter or the M&G or both are content with the status quo on racism and lack of transformation in our university sector.

A better analysis would reveal that many in the university system are yearning for this kind of intervention as a result of incidents they encounter daily. After the release of the Soudien report, the department requested responses from the sector as a whole. At the time, no universities disagreed with the recommendation that a transformation oversight committee be established. In fact, all of them responded by outlining their programmes to escalate transformation on their campuses.

The subject was also a central theme at the higher education summit in 2010, where it was resolved that an annual transformation assessment should be undertaken. In 2011, the minister convened a seminar on transformation, which also strongly advised that a process for monitoring transformation progress in the university sector was needed. In 2012, Higher Education South Africa also convened a conference on this issue.

The department is exposed to a plethora of complaints from the sector and the public at large. Some of these are clearly racist, sexist and/or discriminatory on the basis of class. The university sector is also still defined by the inequalities of the past. The oversight committee has to ensure that all these discrepancies are addressed and benchmarks set so that the sector can be strengthened.

Our expectations of the sector and other stakeholders, including the media, are that, instead of being negative by casting doubts on the committee, they support its work. We welcome any positive suggestions from individuals, different structures in our society and interested organisations. Its work is premised on the understanding that it will lay the foundations for a cohesive and better future for our country, and is not related to the fulfilment of the egos of individuals. By focusing on the composition of the committee and attacking the chairperson, the M&G reveals itself as prejudiced — some might say malicious.

The bigger picture here, which seems to elude the author of the article and the editor of the M&G, as well as some commentators mentioned in the article, is the transformation of the higher education sector. We cannot sit comfortably while the inequalities of the past continue to define the present and our foreseeable future, both within the sector and in our broader society. We need to focus on the bigger picture and the work of the committee rather than on the individuals appointed to serve on it. The work of the oversight committee is an investment for the future of our country, as espoused in our Constitution, and we invite everyone to embrace it.