Union happy with daily R100 wage for farmworkers – for now 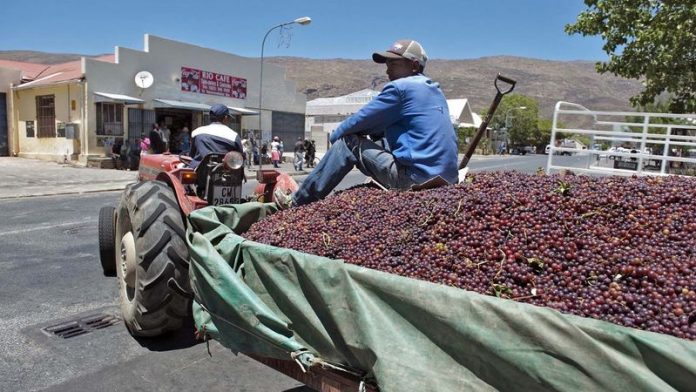 "As now expected, the new minimum will in all likelihood be R105 a day wages, far below the clarion call of R150 a day but significantly above the ridiculous low levels of R69 a day," Food and Allied Workers Union (Fawu) general secretary Katishi Masemola said in a statement.

Fawu said it maintained that the minimum wage be increased again to R150 at a later stage.

"We call on government, farm owners, retail outlets, exporters and importers to join together with unions and ensure that in the near future the minimum wage of R150 can be paid on all farms," said Masemola.

"As a meaningful step towards obtaining this we call upon [Labour] Minister Mildred Oliphant, in her announcement on Monday to raise the minimum wage by over 50% to no less than R105 per day."

Masemola said the union would also focus on further demands for its workers.

Fawu was also calling for the home affairs department to provide a special dispensation document for workers in the Western Cape farms.

"We also want foreign nationals working in the agricultural sector in general to be assisted with documentation and the practice of deporting striking workers to stop."

Workers embarked on strike action last year, demanding the minimum wage be increased to R150 from R69. They were also demanding a cohesive land reform programme be implemented.

The strike was suspended in December but resumed in January. – Sapa.