Opinion: A workplace for women, by women 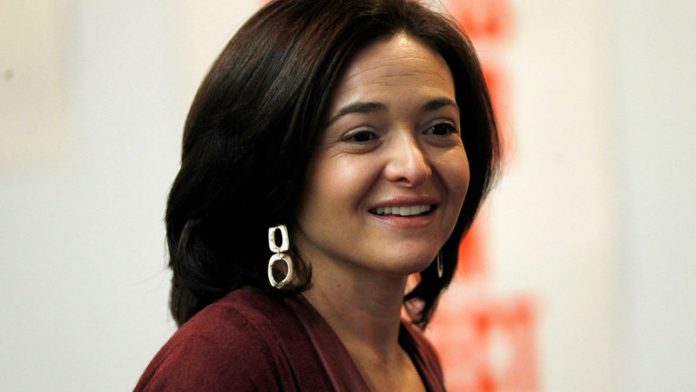 Women sabotage their own careers by slowing down in anticipation of having a family way before it is necessary.

This is the controversial new thesis from one of the world’s top female executives: Facebook's chief operating officer Sheryl Sandberg.

In her new book on the topic, she effectively broke a taboo on a subject that was ever-present but rarely acknowledged or discussed.

Fact: being a woman who wants a career and family is damn hard. We know that much thanks to a dozen or more Hollywood comical takes on the matter.

But we rarely talk about possible solutions. If we’re lucky, the conversation Sandberg started will lead to a real acknowledgement of various challenges facing women in the workplace – and how we can fundamentally start overcoming those.

Sandberg’s theory holds a lot of water. She notes how women start making decisions as early as university to choose less stressful careers, or specialisations that would allow them to take care of the family they don’t yet have. She’s right. I remember choosing writing as a specialisation during my journalism degree in part because it would allow me to work from home when I had children one day.

Fortunately my single years have been marked by the sort of driven energy that Sandberg recommends. “Do not lean back; lean in. Put your foot on that gas pedal and keep it there until the day you have to make a decision, and then make a decision.”

She’s right. Why slow down when I don’t have to yet?

Because, and here’s the catch, it’s damn hard not to do so.

The way I see it, most workplaces are like a gentlemen’s club of sorts: the rules changed around the 70s and women were allowed to become members but the terms of engagement stayed exactly the same. It remained a men’s club and women had to adapt or die even though there is one very obvious difference between us: we produce children. So we introduce the concept of “maternity leave”, which is like using a plaster for a serious medical condition when what you really need is to rethink the entire diagnosis.

Imagine a world where women invented the work place and the concept of a career first. It would look very different. For instance, it would allow for easy advancement and many leadership opportunities in the early stages of one’s career – which, as a young female manager, I can tell you is not the case at present. This would allow us to achieve far more than we presently do during a very productive time in our lives instead of being relegated to lesser roles than we are capable of because of an entrenched ageism.

Then, when motherhood happens, we plan for it. Properly. We allow a long, paid-for absence, then a different type of time-flexible workload and finally a gradually upscaled return to work at an appropriate time. If done innovatively and with imagination, the company could get even more value out of such a system.

But instead, women have to do it themselves because corporations, governments and other social systems provide zero to little support, even though they will one day reap the rewards of the great citizens we’ll pour ourselves into raising.

Naturally there are loads of exceptions to these generalisations and companies and individuals who find a way to do things differently. But by and large, it really is a man’s world as far as career goes.

So we sacrifice our ambitions just a little and we start “checking out” early, as Sandberg put it.

And it’s not just the threat of potential motherhood that slows women down in the male-orientated workplace.

I grew up in something of a matriarchy where it was okay to cry to make a point, and not have to hide the very real experience of having one’s period as some sort of dirty secret. When I first tried to enter active leadership positions on my university’s student representative council, I was alienated by a very different culture of engagement that seemed designed for a particular kind of person to excel: exchanges of ideas were extremely cerebral, there was no room for feelings or intuition, and discussions were almost abrasive. Selling a point took extreme self-confidence and a very particular, linear type of thinking and argument.

Now, the women – and men – who succeed in these environments are likely to be more comfortable with certain masculine modes of engagement and management that have become entrenched as the norm. If you’re aggressive, pushy and driven, you’ll make it to the top. We have to go against years of socialisation to do this of course because most women are raised to talk, move and engage in very particular ways. We could take longer to build up to making a point and express it in a less confident manner (some men are naturally this way inclined too). But that sort of thing doesn’t quite cut it around a boardroom. If you happen to have the right personality and bolshiness to break through the barriers you’ll be fine. If not, you’ll be at a disadvantage no matter how great the work you produce.

And by disadvantage, I mean financially too. It’s common knowledge that women earn far less than men for doing the same work. If we’ve been socialised as "girly girls" it means we’re slightly more insecure than men in knowing our value, and more constrained in asking for what we want.

As an aside, these are not biological facts but after centuries of socialising it may as well be. Even if a parent were to try to raise their daughter to be unapologetically confident, I wonder if the structure and society she lives in would let it go by unchallenged? Will she get away with stating her opinions as fact as men tend to do, without starting with caveats like: “I think,” or “I feel”? Will she escape censure if she doesn’t take crap from people and draws boundaries very firmly? In my experience, the answer to both those questions are no.

I first became a manager at the age of 25. Three years later I lead a team of 15, have achieved wonderful things in my career and have loads of plans and dreams.

The world has changed enormously to let me get this far, thanks in no small part to a few senior managers who took a chance on and believed in me. (Men, mostly. Most of the senior women, funnily enough, have not been as encouraging, and are often downright hostile, maybe because there are so few of them.)

One of my dreams is to be a good wife and mother. I am thankful to women such as Sandberg for pushing these boundaries now and making a noise about it so that things can start to change. That way maybe it’ll be okay one day for my daughter to make an impassioned point at a boardroom table with a few tears thrown in, and not have anyone look on askance.

Verashni is the deputy editor of the M&G Online. You can read her weekly column here, and follow her on Twitter here.

‘We must also show normal women who do great things’

‘The children cannot cope any more’: Suicide in Calvinia places...

The singer Dana Winner’s words echo off the mountains in the Hantam region of the Northern Cape. “Let the children have a world. Where...
Business