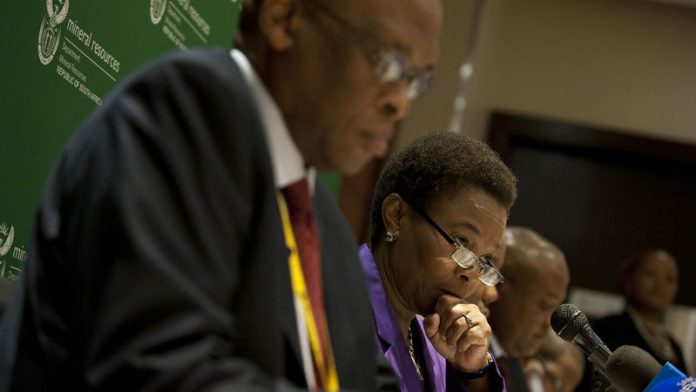 Mineral Resources Minister Susan Shabangu has taken a reconciliatory approach at the 2013 African Mining Indaba, taking special effort to reassure investors that Africa, and South Africa in particular, is a lucrative investment.

Shabangu said on Tuesday she was aware that investors worldwide were looking with interest to government for indications about their positions on nationalisation and whether government would assist in creating an environment that allowed for mining industry, following the very public spat between the minister and Anglo American Platinum over its decision to close four shafts and retrench about 14 000 staff members there.

The minister started her speech by recognising outgoing Anglo American chief executive Cynthia Carroll and incoming chief executive Mark Cutifani in the audience, Shabangu said South Africa was putting in place legislation that was intended to assist the mining sector and consequently the economy and government's job creation plans.

She told about 7 000 investors that nationalisation was not on the cards and was not being considered by the ANC or government. "Nationalisation is not an option for our country," she said.

The minister said the mining sector and government would need to work together to ensure that the social and structural problems that led to the unrest at the end of last year and into 2013 did not happen again.

"I am requesting that the mining sector work together to avoid a repeat of what happened last year. We cannot afford another Marikana," she said, referring to the violence that took place at Lonmin's Marikana platinum mine in August that left 44 people dead.

Shabangu acknowledged some challenges facing the mining sectors, including lower metal prices and higher energy costs. The platinum sector in particular was highlighted by her. She said a committee was set up last year June to look into the platinum sector.

A more coordinated strategy was being developed by government around the awarding of mining licenses to ensure faster turnaround for mining companies when it came to the approval and to ensurance that quality licenses were awarded.

Skills shortage
Skills shortage in the mining sector was recognised by government and it was actively working to address that, Shabangu said.

"I am very encouraged by the number of learners who are enrolling as engineers," she said.

Shabangu said the growth in the number of mines from 993 in 2004 to 1 000 in 2013 and employment now at 530 000 – down slightly in quarter four – was encouraging and indicated the value of South Africa as a mining destination.

She said it was important for all stakeholders to "be flexible to changes" and to ensure long term sustainability. Shabangu added it was vital for the country to have a sustainable tax regime that ensured South Africa's mining sector became the sector of choice.

Cape Town's mayor Patricia de Lille on Monday told delegates at the mining indaba that it was time for South Africa to see the benefits of being a mineral rich country.

"This indaba comes at a critical point in mining in South Africa. SA seems to have drawn little benefit from the commodity boom," she said.

Giving back
Taking government's line, De Lille told about 4 000 mining industry and subsidiary services that it was time to give something back after years of benefitting from the resources.

She said that there was a need at the indaba for meaningful debate around how to ensure that the country benefitted directly from its resources through beneficiation.

This year's conference is the largest ever held, with over 7 500 delegates, including mining executives, ministers, foreign investors and analysts.