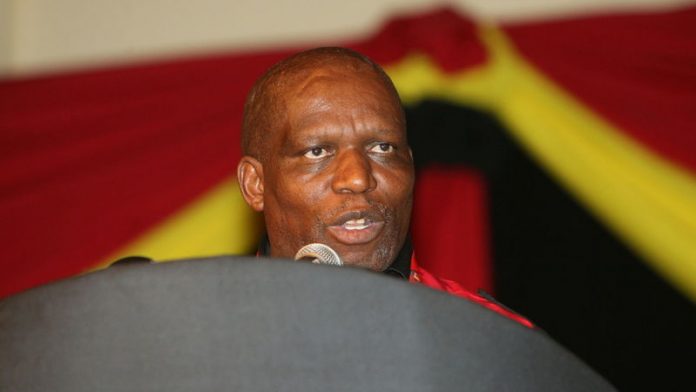 Zokwana told the Farlam commission of inquiry that he did not believe the people gathering at the koppie in Marikana to be criminals, despite a press release by Frans Baleni on August 13 in which he called the actions of the miners “pure criminality” and called for the deployment of the South African National Defence Force (SANDF) and the special task force.

The statement emerged as Zokwana was being cross-examined by advocate Dali Mpofu, who represents the injured and arrested miners.

“If a view like that is presented I’m sure the validity of that will be engaged to see if the accusation is justified,” said Zokwana.

“I did call the minister of police to make sure that security and rule of law is maintained at Lonmin, not because I thought the people at the koppie were criminals.”

Zokwana said he was not in a position to say what this “special intervention” that his union was calling for was, but “people had been killed and we were calling for violence to be curtailed in a manner that is in accordance with the law.”

'Veiled attacks'
Zokwana said he had not spoken to minister of defence in the days leading up to the massacre. The special task force was present on the day of the massacre.

Zokwana used some of Mpofu’s questions as a way of issuing veiled attacks on the Association of Mineworkers and Construction Union (Amcu).

In response to Mpofu’s question about the NUM overstepping the “mark of competition” by shooting at protestors, he said: “The NUM does not approve of violence. If you go to any mine, you will find that the NUM people join in the offices, we don’t run joining ceremonies where force is used.”

In a speech Zokwana made at the 14th national congress of the NUM, he quotes former Mozambican president Samora Machel, saying: “The fighter must distinguish friend from foe, even if the latter is concealed under the same colour, language, family ties or tribal markings as their own, even if he raises his flag with us.”

Zokwana said the statement was aimed at internal weaknesses within the union, and other unions under the Cosatu banner who had sought to erode the NUM’s membership. Had he aimed it at other unions, he said, he would have used harsher language.

“We were still reeling from losing members, but in that speech, we never called for war. Membership that will come from the blood of others is not worthy of the NUM.”