Nigeria sweating over fitness of star players for final 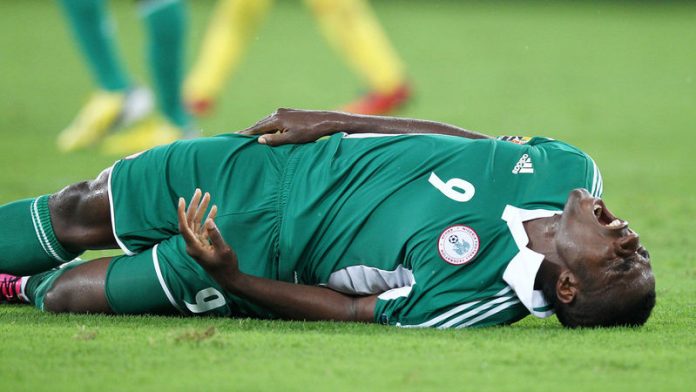 Emenike suffered a thigh injury while Moses, who has scored twice, injured an ankle.

Coach Stephen Keshi disclosed on Saturday: "We are not 100% sure about Emmanuel. He's shown a lot of improvement, but if he's not there it doesn't matter, somebody else will have to pick up where's he's left off.

"As for Victor, he had a knock and we are working round the clock, so we'll see what happens and take it from there.

"We'll make a decision about both players tomorrow [Sunday] morning, but even if they are 80% fit, we will take that."

Moses is confident of playing, judging by the following post on his twitter account: "Training today and injury should be fine looking forward to massive game tomorrow."

Keshi, who captained the last Nigeria side to claim the title back in 1994, suggested his team had made significant strides since drawing 1-1 with Sunday's final rivals Burkina Faso in the first round.

"Since the Burkina game we've learnt our lessons and tried to correct our mistakes."

He reckoned his experience as a player at three Nations Cups would not help him in his bid to claim the 2013 crown.

"It's like 100 years ago now when I was playing – coaching football changes every second. Even though I played in three finals, it's so different now.

"But I have confidence and belief and trust in my players – they're just beginning, the sky is the limit for them."

Joseph Yobo, captain of the class of 2013 who has not played since getting injured in the first game, is hungry to win the title at his sixth Nations Cup.

"This is the first time I've reached the final after five previous attempts.

"The difference this year compared to my other Nations Cups is the sense of unity and potential – in the past the unity has not been so strong. We are more solid here."

Before heading off for a training session on the Soccer City pitch, Yobo added: "The mood is very good in the squad, it's a long time since we've been to the final. We've come this far, as a group we want to win." – Sapa-AFP.