NUM’s Zokwana dealt with lightly at the Farlam commission 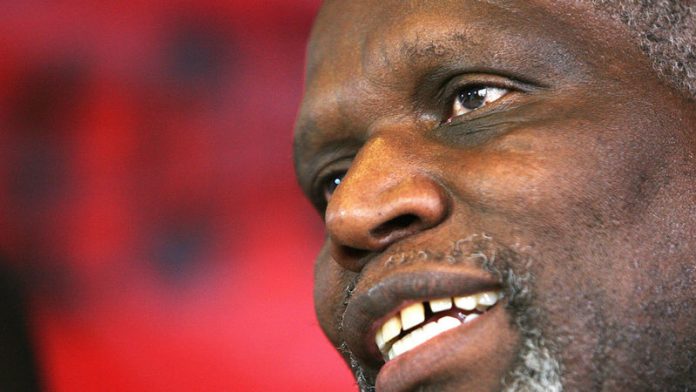 What should have been a week where National Union of Mineworkers' (NUM) Zokwana was nailed to the rafters for some of the accusatory statements he made in the period leading up to August 16, hasn't been. Instead we have seen a man very ably defend the hardline, obstinate and, some would argue, reactionary stance his union adopted.

Part of the reason Zokwana has fared so well is his ability to answer questions expansively.

The other reason is that Mpofu has failed to properly handle him; throw him a few combinations to have him on the ropes and corner him.

For example, regarding the August 11 shootings where two miners were injured when shot as they marched on the NUM offices – leading to their colleagues taking up arms – a typical exchange has gone something like this:

Mpofu: You overstepped the mark of competition and shot the protestors …

Zokwana: That argument might be presented by the counsel but the NUM does not approve of violence. If you go to any mine, you will find that the NUM people join in the offices, we don't run joining ceremonies where force is used.

"I agree that the [existing wage] agreement was binding, but binding means you can't go on strike in that area, but you can force negotiations. So there might be an ulterior motive, being that a union with no members can use the situation as a drive to get membership."

One gets the feeling that commission chairperson judge Ian Farlam, usually a stickler for people answering questions directly, has, for the most part, seemingly accepted this as Zokwana's style or lost patience with Mpofu – who sometimes seems underprepared, to the point where he sees no point in assisting him at every turn.

In defending what has been seen as an act of aggression, with many witnesses saying NUM shopstewards first threw stones and gunfire at a crowd that, rumour has it, was going to burn the NUM offices, Zokwana has stuck to the self-defence line, pointing out that the security guards who were supposed to do their jobs that day did not, leaving his shopstewards no choice.

Probing the August 16 trigger men
The fact that guns were at the ready points to an even deeper malaise that nobody has probed what with the commission's narrow terms of reference are, that confine its investigations to between August 9 and August 16 2012.

Worker reports from an Aquarius Kroondal strike in 2009 point to the fact that there had been an established culture of gun-toting among NUM shopstewards, pointing to a union that could no longer relate to its members as equals.

But Mpofu, to his credit, has indicated that his harshest probing will be reserved for the trigger men of August 16. "We're not saying the NUM is directly responsible, we're reserving that for people who pulled the trigger, we're not saying you wanted this to happen. We believe your words, that the NUM regrets the incident, that is something we'll convey to our clients. … What we do say is that parties such as your union may have … unwittingly done something to contribute to the massacre, nothing further than that."

The commission returns on February 13, with Zokwana continuing his testimony.