The State of the Violent Nation 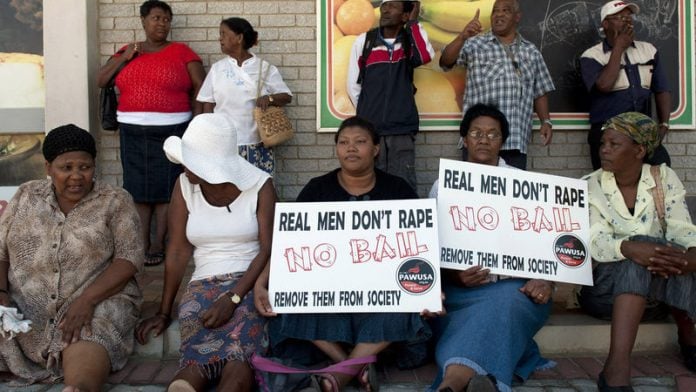 The gang rape and murder of Bredasdorp teenager Anene Booysen earlier this month once again emphasised the unacceptably violent nature of South Africa. It also highlighted the stark reality that our constitutional right to be safe in our homes and communities is breached hundreds of times every day, particularly for women and girls.

The widespread public outrage over this incident has the potential to be a catalyst for positive change. But, this can only be achieved if government and South African society critically reflect on existing norms, behaviour and actions, and then design programmes and commit resources to eradicate violence in the future. This week President Jacob Zuma presents his State of the Nation address in Parliament. Prioritising violence prevention and reduction in this speech would be an important step for greater mobilisation towards a safer South Africa.

There has been noticeable reduction in most categories of reported violent crime in South Africa in recent years, with the reported murder rate having been halved since 1994. Nonetheless, South Africa still has the third highest annual number of recorded murders in world, behind Brazil and Mexico. In the 2011/12 financial year there were 15 609 murders reported to the South African Police Service. In addition, violence and the threat of violence continue to be a common approach to conflict resolution.

There has been a slight decline in reported cases of sexual crimes since 2004/05 (which includes rape) with there being 64 514 reported incidents in 2011/12. Nonetheless, such a figure is misleading as reported rapes have actually increased in recent years, with there being in excess of 56 000 reported rapes in the 2010/11 (over 150 per day; 46% of the victims were under the age of 18). In addition, there is consensus among researchers that rapes are significantly under reported in South Africa, with it being estimated that only one in 10 rapes are reported to the police.

Under the presidency of Jacob Zuma, the past State of the Nation address has emphasised the need to promote safety and reduce crime in South Africa, mainly through improved policing and an enhanced criminal justice system. The need to respond to crimes against women and children has been emphasised. However, these speeches have been conspicuously thin on detail and innovation. Given the persistent high levels of violent crime in South Africa, especially rape, the 2013 State of the Nation address is an opportune moment for Zuma to chart a more comprehensive approach to this problem, and possibly even call for a national action plan to prevent rape. Below are three recommendations that should ideally be in the State of the Nation address:

The recent dramatic reduction in foreign donor assistance to South Africa has been catastrophic for numerous civil society organisations. Some have closed, while others have scaled down their operations considerably. Organisations that have provided essential legal, healthcare and psychological support to rape survivors and their families have been particularly hard hit. Some, like Rape Crisis, maintain skeleton support activities largely through the commitment of volunteers. The reduced outreach work of these organisations will leave the victims of sexual violence even more traumatised and marginalised. Therefore given the high number of incidents of sexual crime in South Africa, it is vital that government make funds available for these organisations.

There is a critical shortage of social worker posts that provide support to victims of trauma throughout the country, both in state facilities and centres managed by non-governmental organisations. UCT is in the process deploying final year social work students to hospitals in Cape Town where there is an urgent need for their support, but university resources are severely limited. In addition, UCT and MRC research has indicated there should be a firm commitment from government to allocate additional funding to create extra social worker posts, while universities must offer these social workers more specialised training in order to enhance support to victims of sexual violence and families that are at risk of such violence.

Research findings in the area of violence prevention indicate that "primary" community-relevant educational programmes for children and youth that target the origins of sexual violence can mitigate such violence. Successful programmes typically target aggression linked to social norms of masculinity and male sexual entitlement, and tend to include: interventions on attitudes towards sexual assault; gender norms, roles and inequality; sexual consent; healthy relationships; and conflict management skills training. Some schools in South Africa have undertaken such initiatives, but they are far from mainstream. Concerted support from government for primary prevention programmes in schools is essential if we are serious about sustainably reducing the level of sexual violence in the future.

Repeated protest and outrage against these vile crimes is important – we should never allow ourselves to become inured to these atrocities just because they are so common. But if we are to do more than vent our anger and disgust, we must focus on concrete actions – one intervention at a time. We hope the president will take these small but meaningful steps.

Max Price is the vice-chancellor, and Guy Lamb is the director of safety and violence initiative, University of Cape Town