A passion for brew of a different flavour 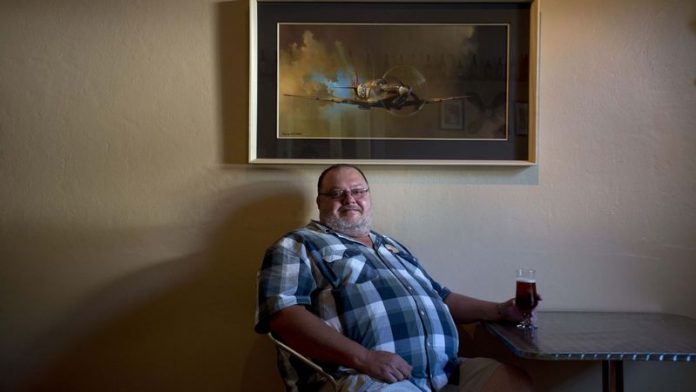 Legend has it that the last time anything precious was discovered in Cullinan it was chucked out the window — such was the disbelief that something as exquisite, or as large, as the Cullinan diamond could exist.

Thankfully, any disbelief about the brews being poured at Cullinan’s Cockpit Brewhouse is usually followed by another appreciative pull.

The Cockpit’s brewmaster, the aptly named André de Beer, is on to something remarkable — his craft beers have won numerous local awards, including the Best in Show at last year’s Clarens Craft Beer Festival for his Mustang American Indian Pale Ale.

It is a lavish beer, a bit like Muammar Gaddafi in his Bedouin tent splendour: handsome, dark brown in colour, but as fruity as an orchard. The citrus and tropical flavours, however, are balanced by a pronounced hoppiness that rounds off deliciously in the mouth.

De Beer says he has been working on four different versions of his Mustang, ranging from a light American Pale Ale (4.5% alcohol content) to a monsterish eight-percenter, and will unveil the lighter version at the Clarens festival, which starts on February 22.

De Beer, who has been making beer commercially (or should that be craftily?) since 2002, says he doesn’t skimp on ingredients, which is his “true talent”.

He imports almost all his hops — paying about R500 a kilogram for American varietals such as Amarillo and Cascade, preferring their nuance and flavours to locally produced varietals, which are unable to produce the end taste that he is looking for.

For De Beer, “the malt is the heart of the beer, while the hops is the soul”, and there is no compromise on either.

On a recent visit to the Cockpit Brewhouse on the edge of the mine where the Cullinan diamond was discovered, I  was treated to one of his more extreme beers: a cherry-chocolate stout that he estimates is upward of 11% in alcohol content.

“I’ve used a base beer that has fermented for about two weeks, then I’ve added 30kg of cherries [sourced from a beer buddy’s farm in Clarens] that re-ferments for another two weeks, and then I’ve found this amazing chocolatier in the Western Cape who is importing lovely cocoa, so I’ve sourced their roasted husks and I add about 5kgs of that per 150 litres, for about three days,” De Beer said.

The result is a monster dark stout with a hint of red around the rim. The initial kiss of bitter chocolate gives way to a lingering cherry flavour. It is the sort of dessert beer that could easily double as an endnote to an orgasm.

Large and affable, De Beer is the ultimate beer anorak: dreaming up taste combinations, trawling the internet for innovations, beer recipes and techniques, and experimenting (read tasting/drinking) whenever possible.

He has another extreme beer brewed after his daughter Gerda’s birth five years ago that he has been tasting (and taking notes on) every year since, on her birthday: “It’s the sort of beer that will keep for 50 years and more. I’m hoping to drink it with her on her 21st birthday,” said De Beer.

Together with brewer Isaac Phungo (who started off as a gardener and is now the hands-on brewer), De Beer, who has assumed the role of brewmaster, is also looking into a “Westernised version of umqombothi — part barley malt, part sorghum malt, hops and some buchu”.

Despite the Cockpit being, without doubt, one of the finest craft breweries in the country, De Beer has no immediate plans for extensive countrywide distribution and intends keeping his establishment as a brew-pub — where people can enjoy the beers with their meals and stock up on a takeaway if they want to.

Sitting with him on a sunny Friday afternoon, children scampering around the pub’s front garden, as he enthuses about the tasting notes of a particular beer, it’s not hard to see why one would not want to trade that with the headaches of increased production, distribution and the sometimes philistine palates of restaurant managers more interested in beer as a trend, rather than as a passion.

The Clarens Craft Beer Festival takes place on February 22 and 23. Visit clarensbeerfestival.co.za for ticket information. The Cockpit Brewhouse (80 Oak Avenue, Cullinan) can be contacted via thecockpitbrewhouse.co.za or on 012 734 0656