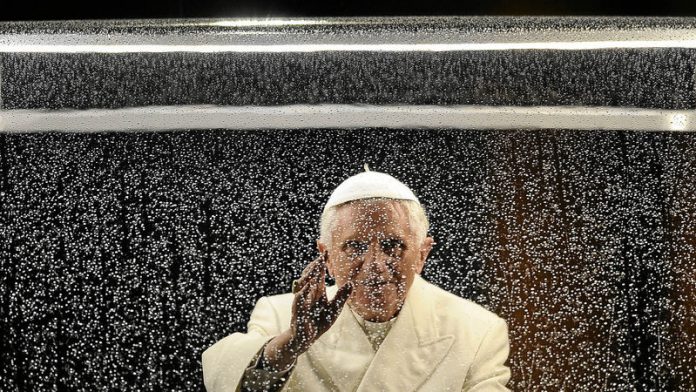 There is a tendency to see the election of a new pope in terms of the Olympics: Will the host nation take back the title or will the plucky little cardinal from Honduras succeed in his bid for gold?

Nationality certainly plays a role. It is widely felt that a pope from the United States would not be right because it would put the world's ­biggest Christian denomination in the hands of a son of the world's only superpower. The colonial pasts of Britain, France and Spain weigh heavily on the prospects of candidates from those countries.

Nevertheless, if a majority of the 117 cardinal electors expected to go to the next conclave are convinced that they have found their man it is unlikely that mere considerations of citizenship will stand in their way.

Insiders say the election of a pope is a two-stage process. The cardinals first decide what the most important challenge facing their church is, then find the man they think can tackle it best. But because most of the issues are geographically specific, geographical origins matter.

When Pope Benedict XVI was elected, the outstanding problem was believed to be the secularisation of Europe. Seen from the Vatican, this is a cancer that is spreading from Europe into Latin America and threatens to infect the rest of the world.

Virulent
During the outgoing pope's reign and because of the clerical sex abuse scandals that broke during it, the disease has only become more virulent. This is why talk of an African leader for the world's 1.2-billion baptised Catholics may be premature.

In Africa, as in Asia, the church is still growing. The problems there are to do with the relationship with Islam and the degree to which Catholicism can integrate local religious traditions. Neither issue looks as critical as the departure elsewhere of hundreds of thousands, even millions, of Catholics because of abuse. That puts into contention experienced pastoral clerics such as Cardinal Angelo Scola, the archbishop of Milan, and Cardinal Christoph Schonborn, the archbishop of Vienna, who was swiftly rebuked by Benedict for suggesting that the tradition of priestly celibacy might have been a cause of the problem.

Secularisation is less of an issue in North America, where the church exists in a more intensely religious environment. But it too has been hit by abuse scandals. That makes Marc Ouellet, the French-Canadian head of the Vatican department for the appointment of bishops, a credible early favourite.

Perhaps the biggest challenge of all is in Rome itself, where the Curia, the central administration of the Catholic church, has been left unmodernised and, as leaked documents demonstrate, bitterly divided by Benedict's turbulent reign. In his resignation statement, the pope made clear that his job required someone fit and vigorous – a message widely interpreted as an acknowledgment of his failure to keep order in the Curia. That would argue for a successor both versed in the Byzantine ways of the Vatican administration and sufficiently independent of mind to bend it to his will. And that is a tall order. – © Guardian News & Media 2013