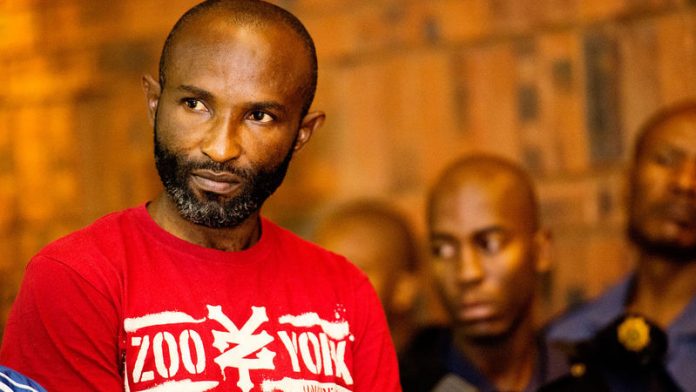 Etienne Kabila, who claims to be the half-brother of Democratic Republic of Congo (DRC) President Joseph Kabila, appeared in the Pretoria Regional Court on Monday to face charges of violating the Foreign Military Assistance Act, which forbids people from plotting coups in other countries.

The state prosecutor says Kabila  is allegedly in league with at least 19 others, who were arrested in Limpopo last week on suspicion of scheming to overthrow the Congo­lese government.

Also wanted by the South African authorities is "Major General" William Amuri Yakutumba, popularly known as Mai-Mai Yakutumba, who heads a militia in the Fizi area of South Kivu province in the DRC.

Opposition political activists in the Congolese diaspora community in South Africa have been quick to allege a conspiracy, claiming the South African government has concocted the plot to demonstrate to the Congolese president that it remains a firm ally of the regime.

The allegations have been strongly denied by the DRC's ambassador to South Africa, Bene M'Poko. "So far, I think the South African authorities have been doing a good job on this case, but anyone who suggests it is to gain favour with our president doesn't understand how countries relate to each other. South Africa has done a lot to help us, deploying troops, with our elections and so on, and it doesn't need to do something like this to impress us."

Steve Hege, former co-ordinator of the United Nations Group of Experts, said: "The big question is whether the accused are linked to [eastern DRC rebel group] M23 and therefore Kigali. If they are, this may be why the South Africans moved on them, given their clear support for Kabila throughout this crisis."

Politically relevant
Hege said Yakutumba's allegiances in the region were unclear. "Yakutumba sent several delegations to Kigali to meet with the Rwandans last year, but this proved unpopular with his Bembe supporters in Fizi and he has had to take a lower profile since to preserve his base. Other South Kivu leaders have wanted to form a united front against M23 and Rwanda in return for preferential treatment from Kabila."

According to Hege, Etienne Kabila met Yakutumba in 2011 to discuss a united front against the Congolese government but nothing came of it.

"Like Yakutumba, Etienne has called Joseph a Rwandan stooge. But at the same time he is so determined to make himself politically relevant that he would be a perfect candidate to ally with M23."

The treatment being meted out by the South African authorities to Etienne Kabila stands in marked contrast to their treatment of Kayumba Nyamwasa, a former Rwandan army chief of staff who fled to the country in early 2010 after falling out with Rwandan President Paul Kagame. Kagame accused Nyamwasa of plotting a coup against him and demanded his extradition from South Africa, but the South African authorities granted Nyamwasa refugee status and let him stay.

One reason Congolese opposition activists say Zuma is protecting Joseph Kabila is because of the Congolese government's controversial allocation in 2010 of two oil blocks in eastern DRC to Caprikat and Foxwhelp, two obscure companies registered in the British Virgin Islands, for which Zuma's nephew Khulubuse Zuma and his lawyer Michael Hulley have signing rights.

Deterring major oil companies
It has since emerged that Caprikat and Foxwhelp are closely linked to a controversial Israeli businessperson, Dan Gertler, who has extensive investments in the DRC and is a confidante of the president.

But the Gertler association appears to be deterring major oil companies that would otherwise welcome the opportunity to bid for the two blocks, which remain unsold and undeveloped.

There are many other South African companies active in the DRC, including Vodacom in the telecommunications sector, AngloGold and Randgold, which are developing gold mines in the country's northeast, Shoprite, which has a supermarket in Kinshasa, and many other smaller enterprises, particularly in the mining and construction services.

The big Congo prize for the South African government would be the development of Grand Inga, a proposed dam on the Congo River, which has the potential to power almost the entire industrial sector of Southern Africa.

Energy Minister Dipuo Peters and her DRC counterpart, Gilbert Tshongo, signed a memorandum of understanding in 2011 on Grand Inga, with Zuma and Kabila looking on. But, since then, to South Africa's frustration, there has been almost no progress on the Congolese side.

Project implementation is often slow in the DRC but, in this case, one of the reasons is opposition within the Congolese political elite about the country "giving away" its power to other countries in the region, instead of keeping it for the DRC's own use.

South Africa's vigorous action against suspected DRC coup plotters is being received well in Kinshasa but the chances of this translating into speedier movement on Grand Inga seem slim indeed.

A picture used in an earlier version of this article erroneously identified Emmanuel Kabila Mashirika as Etienne Taratibu Kabila, Emmanuel's brother. The Mail & Guardian apologises and has replaced the picture.