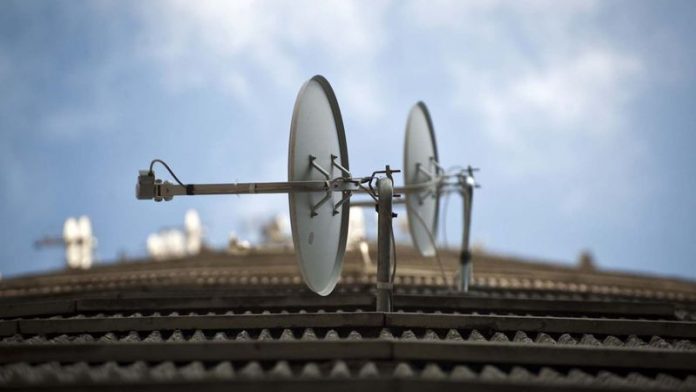 Few at the SABC appear to have been aware that the Gupta channel was even in the offing, although the broadcaster must have been in regular contact with Naspers's subsidiary MultiChoice because the launch date of its own satellite channel on DStv was delayed several times.

MultiChoice offered the cash-strapped public broadcaster R90-million in funding over five years to assist with the news channel, which failed to get off the ground.

Instead, word leaked out last week  that the Gupta family had signed a deal with MultiChoice to run the news and current affairs channel.

Despite the blow, some of the SABC's board members have not given up hope that its own channel on DStv would happen. News that the SABC had paid off R778-million of the R1-billion government guaranteed loan it received in 2009 could improve its prospects, board members said.

Although some board members and top executives were smarting this week at the turn of events, the SABC's group chief executive Lulama Mokhobo is pragmatic about it.

Mokhobo said she did not know the SABC was competing for the same market with Infinity Media, a consortium consisting of the Gupta family, Indian company Essel Media and an undisclosed black empowerment partner. The Guptas have close ties with President Jacob Zuma and his family.

Terrestrial television
"I was not aware of it. MultiChoice had not had discussions with us about it, so it came as a surprise," said Mokhobo. "But it is a commercial entity and they have a right to do as they please. It would be a bit unfair to blame MultiChoice in this regard. How long could they be expected to wait?"

After announcing that the SABC's 24-hour news channel would launch on DStv in April last year, it was later moved to September, and was then delayed again. The public broadcaster planned to make the news channel available as a free-to-air digital channel once South Africa finally switched to digital terrestrial television.

Mokhobo said that the contract signed with MultiChoice had stipulated that R90-million would be provided over five years. However, the plans ran into trouble when it was discovered that no other money would be forthcoming from the government for the channel.

The SABC was slapped down by Finance Minister Pravin Gordhan in October over its plans for the 24-hour news channel. "This is not the time for vanity projects," he reportedly said. At the time, SABC spokesperson Kaizer Kganyago said plans for the launch of the channel were "on track".

This week Mokhobo said it would have been "reckless" to proceed with the satellite channel before the finances were in place. "If we put the channel on DStv, the rest of the money would have had to come from the SABC. The difficulty was that we would have been only able to sustain it for two years before we needed a real cash injection."

Mokhobo said the plan to launch a 24-hour channel had been seen as attractive because DStv was already in 45 countries.

But a senior television executive with knowledge of the SABC plans for the satellite channel said it was unclear why its executives had wanted to push for "all the bells and whistles" before it launched. The SABC would use its own content on the channel, which would not have made it as expensive as the original hefty start-up costs incurred by e.tv.

New proposal
Mokhobo confirmed that some people at the SABC were still optimistic that the government could be persuaded to come on board for the DStv project, but they were concerned that Infinity Media had now taken up the allocated channel.

The MultiChoice South Africa group chief executive, Imtiaz Patel, said there were other channels available but, if the SABC had a new ­proposal, these issues would have to be discussed.

"If they did approach us, then we would have to look at the merits and demerits. We would have to base our decision on a number of facts, as we do with each contract."

Although the SABC has been left perturbed by the news of the launch of the Gupta channel, one SABC board member who has not had his hopes dashed is Cedric Gina, who is also the president of the National Union of Metalworkers.

The first Gina heard that the Guptas were involved in setting up their own channel was when he saw it on Twitter. "We have not lost hope and we will go to treasury and make our point. We hope treasury will see it from our perspective. We now owe less on our loan, and we are hoping treasury might have changed its stance."

Another SABC board member said they had expected some of the financing for the new channel to come from the department of communications but this did not happen. Although the Gupta channel had "stolen our thunder", the board member said it had been impossible to move forward until it had the money.

The idea had been for the SABC to compete in the tough market with a satellite 24-hour news channel before the advent of digital terrestrial television, and to perfect its operation. The privately owned 24-hour eNews channel was launched in 2008 and the introduction of the SABC to the market would have increased competition between the two.

With the advent of the Gupta news channel, a senior television executive said it would become "a dog fight" because viewers typically watched one news channel a night.