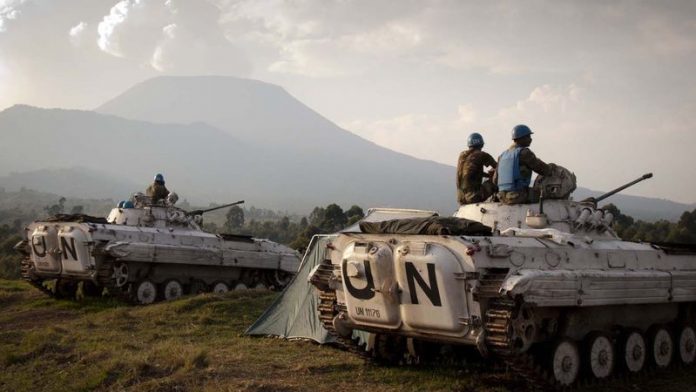 After months of behind-the-scenes wrangling over who will lead the mission to eliminate rebel groups in the eastern Democratic Republic of Congo (DRC), it has been decided that Tanzania will provide the force commander for the battalion.

Brigadier General Maaparankoe Mahao, the chief of staff for planning at the Southern African Development Community (SADC), told the Mail & Guardian this week that SADC and the International Conference on the Great Lakes Region (ICGLR) had agreed that the planned Neutral Intervention Force would fall under SADC control. It is planned that the battalion will comprise 4000 troops.

Rwanda and Uganda, both of which have been accused of backing anti-government rebels in the DRC, are not happy that the SADC – and South Africa specifically – is getting involved in what they consider their own backyard. They wanted the intervention force to be deployed under the auspices of the ICGLR, but analysts said the presence of Tanzania at the helm would go some way towards appeasing the two countries.

“Rwanda and Uganda are not keen on SADC engagement in the DRC. There is the legacy from 1998, when [then Congolese President] Laurent Desire Kabila looked to the SADC to help [when Rwandan and Ugandan-backed rebel groups threatened to overthrow his regime] … and there is an ongoing cold war. Uganda and Rwanda want the ICGLR to lead because this is a dysfunctional body which they can control. They are trying to push Tanzania into the lead role … [but] the South Africans feel that Tanzania should not take the lead because Rwanda and Uganda want to manipulate the process,” said Gilbert Khadiagala, the head of the international relations department at the University of the Witwatersrand.

Instability in the eastern DRC was again brought to the fore early last year when a new rebel group, the M23, emerged. The M23 is a reincarnation of another Rwandan-backed rebel group, the Conseil National pour la Défense du Peuple, which was integrated into the Congolese army following a peace agreement concluded on March 23 2009.

Though M23 rebels claim they took up arms again because aspects of the peace agreement had not been respected, a United Nations team of experts accused Rwanda and Uganda of backing the M23 and of actively attempting to destabilise the region.

Neutral players
The idea for the deployment of a neutral force to stabilise the situation was first mooted last year, but the details have taken a long time to resolve, in large part because so many of the actors involved in the process have powerful interests of their own and cannot be considered neutral players.

“We do not necessarily want to exclude anybody but it is necessary to. We are better placed to provide a solution. ICGLR has a lot of issues. But politically and militarily we cannot ignore the importance of the ICGRL because they can be spoilers if we try to shut them out completely,” Mahao said.

According to him, in addition to Tanzania and South Africa, Malawi, Mozambique, Lesotho and Zimbabwe will contribute troops to the force. South Africa will also provide logistical support.

The South African battalion that is already deployed to the DRC under the auspices of the United Nations Stabilisation Mission in the Congo (Monusco) will be redeployed to the intervention force. Although the force will be part of Monusco, it will have a separate mandate, which will allow it to act more offensively than Monusco forces are able to.

“SADC and the ICGRL consider this the failure of Monusco … we want a very strong mandate that will allow us to do peace enforcement … it has to be robust to eliminate all negative forces,” Mahao said.

The intervention force would target the M23 and the other armed groups in eastern DRC, whether they were local or international, Mahao said.

Economic benefits
Paul-Simon Handy, the director of the conflict prevention and risk analysis programme at the Institute for Security Studies, warned that a more robust mandate could mean there would be a loss of lives among the troops involved in the intervention force. Handy said that this appeared to be a calculated risk that President Jacob Zuma was willing to take.

“Zuma’s politics are more offensive than Mbeki’s or Mandela’s. He wants to play a big role and he thinks that … South Africa should get economic benefits as well. He is ready to take risks if the promise of economic benefits is large. They will have to benefit the interests of South Africa, not narrow individual interests,” Handy said.

Regional experts are sceptical about the intervention force’s ability to accomplish its difficult mission, given the sheer number of rebel groups, all of which, like the M23, have a long list of their own grievances, many of them related to broken promises about integration into the Congolese army.

They also question the benefits of the parallel political negotiations – known as the Kampala process – between the Congolese government and the M23, which are narrowly focused on the M23’s demands and ignore the larger national picture.

“Does the SADC have a long-term strategy to help pacify the eastern DRC? The South African approach has been very statecentric – they have been listening to Kabila – but what is necessary is a dialogue on the east that is locally anchored and looks at the problems that transcend the M23.

“The new force has to be accompanied by discussion with all political forces but, currently, the political front is frozen in the bilateralism of the Kampala process,” Khadiagala said.

The real story of the world’s biggest tanzanite find

In just three weeks, Saniniu Laizer uncovered the three largest tanzanite gemstones in history – earning himself more than $5-million. Who is he and how did he do it?
Read more
Africa

A salute to an African statesman, Benjamin William Mkapa

Charles R Stith and Benjamin William Mkapa were friends. Stith did not get to say goodbye.
Read more
Africa