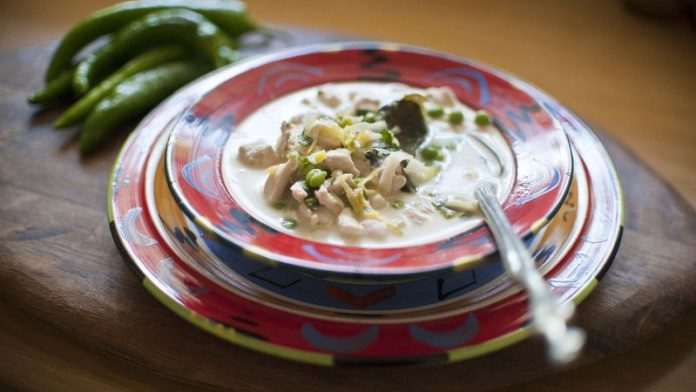 It’s cold and rainy and you don’t feel like venturing out in search of sustenance. Or it’s late, the shops have shut, and there’s no time to cook anything elaborate for supper.

Or you’ve got a bunch of people coming for lunch and nothing but braaied chops to offer them.

With any luck, you’ve had the foresight to stow a few fabulous soups in the freezer from the Soup Lady — also known as Tracy Lipschitz — and so, problem solved.

A former caterer, Lipschitz realised three years ago that what she most liked was inventing soups. She and her daughter, Alexi Kitay, have devised some truly lovely examples, all neatly categorised as meat, chicken, fish, vegetarian and vegan and sold under the label Soup ’n Stuff.

Here’s a sampling of the deliciousness in their repertoire of more than 60 soups: oxtail and butterbean, made with chunks of meat, the odd veg and Guinness; roasted red pepper; Iranian legume noodle soup, with butter beans, split peas, chick peas, baby spinach, preserved lemon and lots of dill; and Thai tom yom soup with tofu. It’s all preservative free and the meat and chicken are free-range.

Those of us who watched Seinfeld religiously back in the day might remember the soup nazi, a tough guy who made wonderful soups but refused to serve them to people who offended him. “No soup for you!” he would shout, grabbing back the crab bisque or the mulligatawny.

Lipschitz is just the opposite. She is so accommodating that she makes different versions of the same soup for people who aren’t into, for example, low-fat yogurt — you can have the tomato, garlic and basil, or the avocado soup with cumin, coriander and preserved lemon, or the roasted red pepper with or without yogurt or cream.

“People wanted non-dairy soups more and more,” she says, so she does what she can. The vegan list is growing, but the biggest sellers are still chicken peanut noodle soup and oxtail. Sweet potato, butternut and ginger, made with coconut milk, does really well; as do summer pea and chives, and carrot, coriander and fresh orange.

On the way, as soon as the season begins, is Jerusalem artichoke.

“The Jerusalem artichoke has a very earthy, mushroomy smell and flavour and the truffle oil that we finish it with just enhances that,” she says. When they make it, “it just flies out”. They’ve added meals to the list — among them slow-roasted leg of lamb and a vegetarian paella — and condiments, including delicately flavourful Moroccan preserved lemon.

Soup ’n Stuff has been nominated for product of the year in the Eat Out DStv Food Network awards, and ­earlier this month the Soup Lady was pondering which three to send to the judges.

Find Soup ’n Stuff on Saturday mornings at the Jozi Food Market at the Pirates Sports Club, Braeside Road, Parkhurst; at Oaklands Farm Supply on Pretoria and Kruger streets in Oaklands; at soupnstuff.co.za or [email protected]