Unity rule in Zim ‘a disaster’ 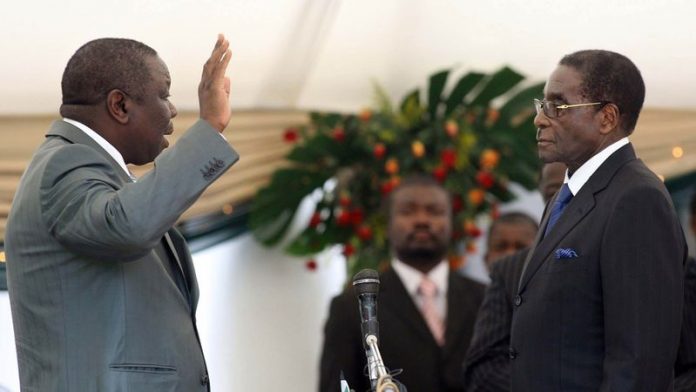 Instead, the focus of its principals has shifted to the pending election that will end its life.

Political observers said the unity government had failed to address key political reforms and this failure was fertile ground for yet another coalition arrangement.

Rashweat Mukundu, the director of the Zimbabwe Democracy Institute, said that though the unity government had started well, towards the end it had been a "disaster for failing to bring everyone to a dialogue on the future".

International Crisis Group analyst Trevor Maisiri said the government was bedevilled by the lack of clear guidelines on violations of the unity agreement from the Southern African Development Community, the guarantor of the agreement.

Maisiri said the possibility of another coalition after the next election could not be ruled out.

The anniversary of the unity government was preceded last week by an appeal to the United Nations Development Programme for $250-million to fund the elections by Finance Minister Tendai Biti and Justice Minister Patrick Chinamasa.

Political observers say the appeal for funds is an indication of the weariness that has crept into the unity government, with coalition partners "now consumed with putting an end to the union". Legislators from Zanu PF and the Movement for Democratic Change (MDC) last week also helped to edge the country closer to the election, unanimously endorsing the draft constitution, which paves the way for a referendum vote to be conducted on March 16.

Conflict and disagreement
Unanimity is rare in the unity government, which has more often been marked by conflict and disagreement. Mugabe and Tsvangirai have disagreed on almost everything, from the appointment of ambassadors, service chiefs and provincial governors to the implementation of the 51% indigenisation policy.

Zanu-PF is widely viewed by political observers as having maintained the upper hand in the unity government by virtue of its control of key ministries such as state security, mining and indigenisation.

The MDC, on the other hand, has had the control of service ministries including health, education, labour, energy and finance, which continue to face significant financial constraints.

Mugabe's Zanu-PF has used the criticism of the ministries under the MDC's control expediently to point out the party's inability to govern.

"Zanu-PF fought in the liberation struggle, it received its credentials to govern from the experience it gained in the bush and we are a tried and tested party," said Zanu-PF spokesperson Rugare Gumbo.

The MDC also appears to have given Zanu-PF ammunition to attack it with allegations of corruption. Last year, several MDC-linked legislators were accused of embezzling the constituency development funds.

But despite the imbalance in the unity government, the MDC has defended itself against mounting criticism, claiming that the opportunity to be in government was a worthy apprenticeship. MDC spokesperson Douglas Mwonzora said the party's decision to enter a unity government was a way to provide relief to "Zimbabweans hard hit by the economic decline".