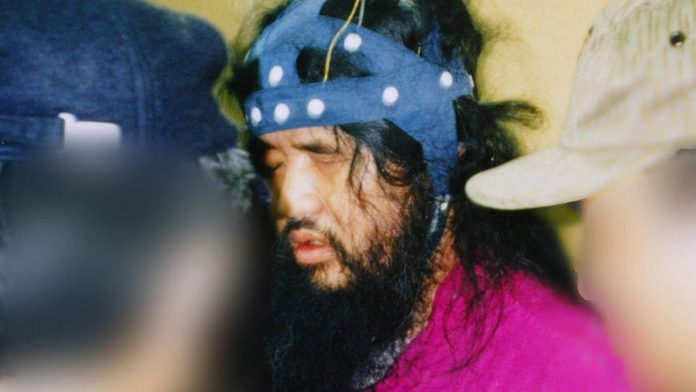 The justice ministry said the executions were carried out in the early hours of Thursday in three different locations. One of the condemned men, Kaoru Kobayashi, had been sentenced to death for the abduction, sexual assault and murder of a seven-year-old schoolgirl in 2004. He sent a photograph of the murdered girl to her mother.

The three executions – the first since September 2012 and the country's conservative prime minister, Shinzo Abe, was elected last December – might be a sign that Tokyo will defy international pressure to abolish the death penalty.

The executions could also signal a return to more regular hangings under the current justice minister, Sadakazu Tanigaki.

"I ordered the executions after giving them careful consideration," Tanigaki told reporters. "These were extremely cruel cases in which the victims had their precious lives taken away for very selfish reasons."

Amnesty International Japan condemned the executions. "The Japanese government cannot be excused from abiding by international human rights standards, just by citing opinion among the public," it said in a statement.

Opinion polls put support for capital punishment among the Japanese at about 80%.

Inmates given little notice
Earlier this year Tanigaki indicated he would have no hesitation in signing execution orders; some previous holders of the post had refused to approve them, leading to a de facto moratorium.

"I will have to do what needs to be done according to the rule of law," he told journalists, adding that the secrecy surrounding hangings would continue. Inmates are given very little notice before they are led to the gallows and their families are informed only after the executions have taken place.

"Even death row inmates have guarantees of privacy and we have to consider the feelings of their relatives," Tanigaki said. "I don't think it is necessarily a good idea to release more information."

At the end of last year Japan had 133 inmates on death row, the highest number since records were first kept in 1949. They include Shoko Asahara, leader of the doomsday cult behind the 1995 sarin gas attacks on the Tokyo subway in which 13 people died and thousands were made ill.

Mounting pressure
The democratic party raised hopes among abolitionists in 2010 when it established a panel to look into Japan's use of capital punishment but the body was disbanded without reaching a conclusion in January 2012.

Japan, which along with the US is the only major industrialised country to retain the death penalty, has come under mounting pressure to abandon it.

In December the UN adopted a resolution calling on Japan and other countries to impose a moratorium on capital punishment and to be more transparent about executions.

In a recent open letter campaigners called on Tanigaki to "immediately introduce a moratorium on executions and initiate a national public debate aimed at promoting full abolition of the death penalty in Japan".

A 2008 report by amnesty was highly critical of Japan's treatment of its death row inmates, claiming they were being driven insane and exposed to "cruel, inhuman and degrading" treatment.  – © Guardian News and Media 2013