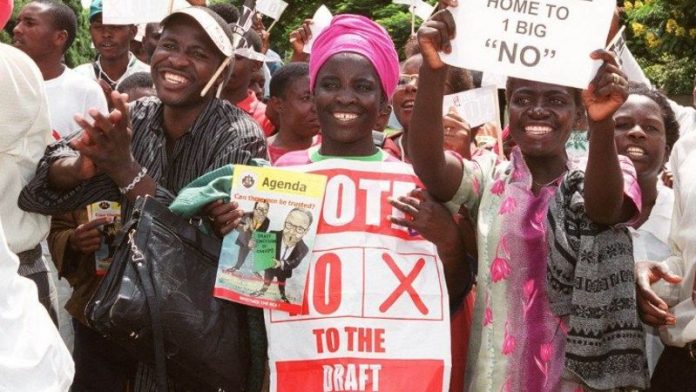 The son of Shepherd Maisiri, a senior regional official of the Movement for Democratic Change (MDC), died when the hut he was sleeping in was fire-bombed in the rural town of Headlands on Saturday.

The MDC suspects that activists from President Robert Mugabe's Zanu-PF were behind the attack.

"This politically motivated murder bears the signature of ZANU-PF and we call upon the police to investigate this case and bring the perpetrators to book," MDC spokesperson Douglas Mwonzora said.

Three other children who were in the hut at the time of the attack escaped, but their condition could not be immediately established.

No arrests have been made and police could not be reached for comment.

The southern African country holds a referendum on a new constitution on March 16, while general elections are slated for July.

The July poll is to choose a successor to an uneasy power-sharing government formed nearly four years ago by Mugabe and Tsvangirai.

The bitter rivals were forced into a unity government to avoid Zimbabwe tipping into all-out conflict in the aftermath of a bloody presidential run-off election in 2008.

Past elections in Zimbabwe have been marred by violence including killings, assault and intimidation.

The violence that gripped the country's 2008 vote left at least 200 dead, most of them MDC supporters.

Both Mugabe and Tsvangirai have called for peaceful elections this year. – AFP