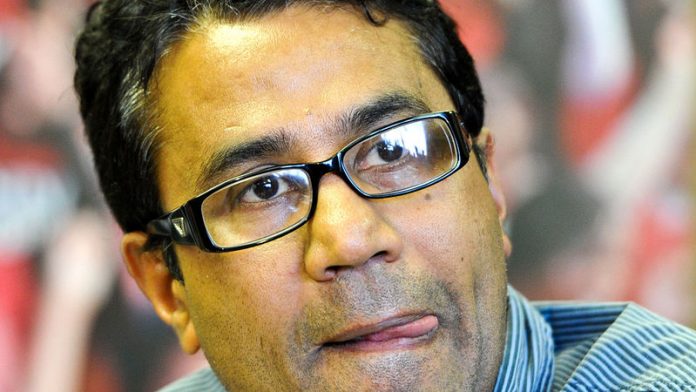 A group of the union’s Gauteng teacher members picketed outside the headquarters of the provincial education department in Johannesburg. The teachers started gathering after 2pm.

Derogatory songs against Soobrayan characterised the picket, in which the teachers – in their few hundreds –  danced.

Tseliso Ledimo, the secretary of Sadtu in Gauteng, explained to the Mail & Guardian the picket was an escalation of the union’s battle to convince the government to fire Soobrayan. “This is the second phase of the programme of action. What you see is the intensification of the campaign,” Ledimo said.

The Gauteng picket follows the industrial action outside the Pretoria headquarters of the national department of basic education three weeks ago. Hundreds of Sadtu members drove from surrounding provinces to kick off the campaign.

In its meeting last weekend, Sadtu’s national executive committee decided that the “second phase” will entail pickets outside headquarters of all provincial education departments.

Intensifying campaign
The union said in a statement it "resolved to intensify its campaign to remove Soobrayan [in a bid] to defend collective bargaining and promote peace in a department that is being de-generated by the incumbent director general".

Sadtu’s latest gripe with Soobrayan stems from the department’s alleged resistance to implement a 2011 national bargaining council agreement that would hike increments for matric paper markers up by 100%.

Soobrayan signed the agreement, a copy of which the M&G has in its possession. But Sadtu alleges the department reneged when it had to implement the agreement with unions, maintaining it could not afford doubling marker increments.

Teachers who marked the 2012 matric papers were paid according to an old agreement, Ledimo told the M&G at the picket.

Last December Sadtu threatened that Soobrayan’s "continuous stay in the department will only guarantee one thing – labour unrest" in public education.

"The country can ill afford the disruption of education by one person who undermines collective bargaining processes …” the union said last weekend.

Hopeful minister
But Basic Education Minister Angie Motshekga told journalists in Parliament on Tuesday she was confident the strife between her department and the largest teacher union in the country would be settled.

She said she wrote a letter to Mugwena Maluleke, Sadtu’s general secretary, “responding fully to the issues raised with me”, regarding the union’s “demands concerning Soobrayan”.

“I remain hopeful that this matter will be resolved,” she said.

But the matter is far from being laid to rest, according to Ledimo. “In the correspondence she says she will not implement the agreement because there are no funds. The question is when Bobby signed didn’t they know they don’t have funds?”

“That’s why we’re saying Bobby is incompetent. You can’t sign such an agreement and then turn around and say you don’t have funds. You must be sure of what you are signing,” said Ledimo.

Industrial action could be escalated, he said.

“I don’t think the national executive committee will take the issue lying down. All I can anticipate is the committee intensifying this programme.”

Using a variety of methods and interactions, teachers and students have had to adapt to a new idea of the classroom
Read more
Coronavirus

Family literacy: The glue that binds us