Comedy’s rebel with a Khoza 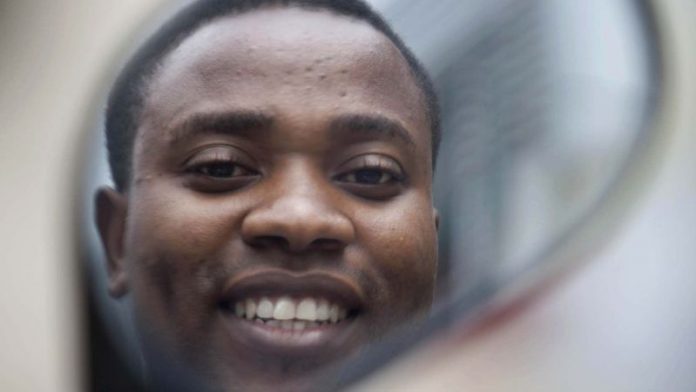 In December, a film of Eugene Khoza’s first one-man show, Khoz-A-Can, suddenly appeared on the shelves, two years after it had been recorded.

Khoza, who is no taller than a mic stand, says he sat on it for about 18 months before handing it over for editing and then halting the project again, because of some unexplained apprehension.

In the two years between its filming and release, Khoza turned up everywhere except on the comedy circuit.

“The last two years, I haven’t done a one-man show,” he explains at a suburban Pretoria restaurant, not far from where he lives. “I did about six comedy shows and they were all ensembles. It was intentional because I wanted to understand [how the system operates].

At the time, in 2005, Khoza was working at the Brooklyn Mall, selling CDs, and heading over to the Horror Café every Wednesday.

“Six months later, I had decided I liked comedy more,” he remembers. “I liked the R75 a week more than my regular job because I had six days to think about what it is I wanted to say, plot it and commit to the joke or the statement.”

Born and raised in Mamelodi outside Pretoria, he is the third of four children.

Khoza was a neophyte coming in from the cold when he entered the comedy circuit.

“The other comedians had jobs, fancy cars, they were acting on TV; I have always felt like the outsider,” he says. “I wasn’t going to the cool parties in the right car, I never went to private school and I wasn’t living in Johannesburg. I had to talk about me, my relationships, casual dating and never fitting in. I never felt like I was lying when I was telling those stories.”

Dialects, diasporas and demographics
Khoza’s material rang true and his delivery is so off the cuff that he generated knowing laughs as opposed to cackles of surprise. “I’d listen to the others doing comedy and it felt like listening to people using the same lines on a girl. I couldn’t criticise ’cause it would be like knocking their hustle. But I had to find my own niche.”

In Khoz-A-Can, filmed at the Lyric Theatre at Gold Reef City’s casino, Khoza works his niche to perfection. He flits between dialects, diasporas and demographics without batting  an eyelid. He complicates binary opposites as he hones in on racial idiosyncrasies with the skill of an astute social scientist.

For Khoza, race and class are less signifiers of difference than they are ludicrous, circumstantial social constructs to be lampooned. His extended gag on road rage stems from both this logic and the fact that he has never really left the streets of Pretoria where black people have only been “officially” driving since 1994.

The ascent of Khoza’s star was, comparatively speaking, swift. Over the past few years, Khoza has been popping up everywhere like an unmanageable case of eczema.

From Countdown 2010 (SABC 1), The Axe Sweet Life (e.tv), Tonight with Trevor Noah (M-Net), Top Billing Presenter Search (SABC3) and a weekly slot on the Kaya FM breakfast show, Khoza is at once mainstream and operating on a more clandestine level.

Wary of the increasing chokehold commerce wields on an art form that is meant to be about free speech and individuality, Khoza, on one level, is still an outsider who operates parallel to the comedy scene rather than within it.

Over the years, as comedians became managers of other comedians, partnering with brands that threw bigger stacks of money at events while the inner circle of top-tier comedians remained almost unchanged, Khoza says he watched the vibe move from “jokey jokey” to “ja, I’m watching you, uzokwenzani daar? [what are you going to do?]”.

“We were cock-blocking [sabotaging] each other at theatres … but I would have thought the more comics the better. Why would three, four, five, six be better for the industry? That’s no good at all. So we’ve created this fear of putting on shows.”

These days, Khoza says, he has rid himself of his paranoia.

“I’m anti-promoter,” he says of his fiercely guarded independence. “Promoters don’t sell shows by themselves, so why do I need someone to psych me out, crippling me with commitment and a contract?  At the end, how do you judge if you’re committed [to your individuality] or if you’re just a put-on, relying on 15 minutes to earn?”

Social media
How hard is it really, he asks, to book a venue, pay a deposit, get a sponsor and advertise directly to the people who should come?

Khoza, prefers the directness of social media when hyping up an appearance. “Because I have a slot on Kaya FM, I advertise to those people first.

“By the time you get to the interviews and TV, like if you see me on Noeleen, then you’re dealing with people that bump into you by ­accident.”

By keeping his marketing organic, Khoza says he can avoid some of the pitfalls that come with being a successful crossover figure.

“If you do 10 corporates a month and two ensembles, you end up doing safe jokes that all races can get into, so how do you transit? How do you become edgy if you feel like you’ve got something to lose … and you don’t want people not to book you again?

“You’ll go to an ensemble show and feel like, ‘if I die here, I will never get a chance to redeem myself again’. But why can’t I say [what I used to say] anymore? Because there are white people and I’m going to have to translate. But I can’t disappoint the three people that came for that because they’re thinking, ‘sifun’ ukhulume nathi’ [we want you to be real with us].”

With the tickets to his second one-man show, Even Me, selling out fast and extra shows being created to meet the demand, it’s safe to say Khoza is at the pinnacle of his accidental career. But, then again, he’s not so sure where to go from here.

“I don’t feel like I have to go to London or America — I go where the wind takes me. I can’t take credit for what I’ve done because I didn’t force Nedbank or Kaya FM into anything, and I’m afraid of ruining the formula by trying too hard. So I don’t know what the pinnacle is because I don’t feel like I would let anyone down if I stopped for two years.”

Eugene Khoza’s Even Me is on at the Lyric Theatre at the Gold Reef City casino in Johannesburg until March 16. Tickets are available at Computicket

The chief executive of the Estate Agency Affairs Board and the deputy chair of the SABC board, shares her take on retrenchments at the public broadcaster and reveals why she hates horror movies
Read more
Friday

The film interrogates patriarchy, but the baseness of the US means there’s nothing left to send up
Read more
Africa

Leon Schuster is having a few movies of his removed from Showmax and Phumlani Pikoli figures: what better time to reflect on this bruh than now?
Read more
Friday