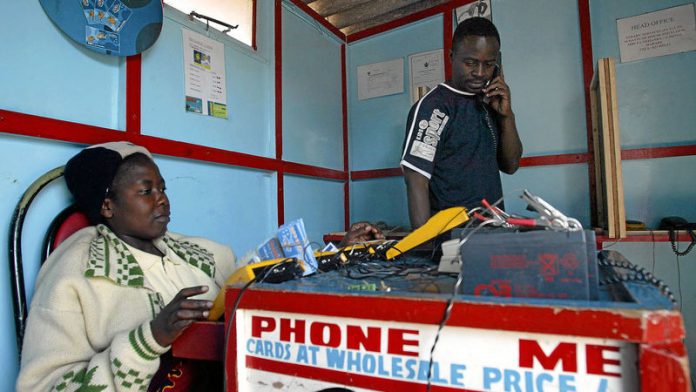 As desperation deepens over efforts to raise funds to run elections, wealthy foreign interests are offering funding in exchange for huge favours from the government.

Senior government officials who spoke to the Mail & Guardian this week told of pressure from large foreign interests hoping to wangle commercial deals by helping the cash-strapped government to fund elections. These include mining companies and investors seeking to win new mineral concessions that the government has recently made available. Zimbabwe needs $132-million for elections, according to Finance Minister Tendai Biti – well above his original $25-million budget.

Biti this week appeared to acknowledge the pressure on the government from powerful interests seeking to buy influence. "I think that it will be very unfortunate if people think that they can exploit us because we require immediate resources now for our elections and for our referendum."

A senior government source said he feared a "bought election" funded by wealthy figures who would "in return demand much more than any government will ever deliver".

Much of those proposing funding hope to get mining concessions; in one such proposal, a finance ministry official said, one mining company proposes easier mining royalties and tax breaks for a year in exchange for $100-million to help to fund elections.

Elections are expected to be held in the middle of the year, but some in government want the date pushed back until Zimbabwe has raised resources from "credible sources", the official said.

Poll funding
The frustration within the government over poll funding showed this week when Biti announced a raft of desperate measures to raise cash. This included a 25% hike on fuel duty, an unpopular move likely to drive up prices and further slow down the economy. Biti did not say how much he hoped to raise with the fuel tax.

Biti also floated a special $40-million special bond to Old Mutual and the National Social Security Authority, the state pension fund. The two are the largest funds in Zimbabwe. He is also betting that a large part of the election funds will come from telecoms operators' licence fees, which were increased for June this year.

But Biti admitted that all this is not going to be enough "in the absence of the financial support of co-operating partners". The government has insisted it is unwilling to take foreign funding for polls.

However, the M&G has established from officials in the foreign affairs and finance ministries that the ­government discussed possible election funding with Sheikh Saud Bin Saqr Al Qasimi, ruler of the emirate of Ras Al Khaimah, who visited Zimbabwe recently.

The Zimbabwe government has in turn presented $2.7-billion worth of potential deals in "value addition projects" to Farzana Gul, a representative of the emirate's Ras Resources.

"No figures [on election money] were agreed, but there was the suggestion, obviously, of some pay off for any assistance we get towards funding elections," a senior official in the foreign affairs ministry said. "But there are some who inevitably are opposed to us getting money from foreign sources, at least those outside the United Nations structures."

Mining
​Zimbabwe and the oil-rich emirate signed agreements on a number of "areas of co-operation", mainly focused on resources, agriculture, energy and tourism.

The agreements would see the emirate funding the building of a diamond-cutting centre, and Zimbabwe would give it access to platinum concessions on condition it agrees to invest in a refinery. Documents show there was also talk of Ras Al Khaimah exploring the possibility of setting up a power plant in Zimbabwe.

The sheikh, reported to have recently spent more than $10-million on a stake in local mining company African Consolidated Resources, has shown interest in taking over some or part of the 30 000 hectares of land seized from Zimplats.