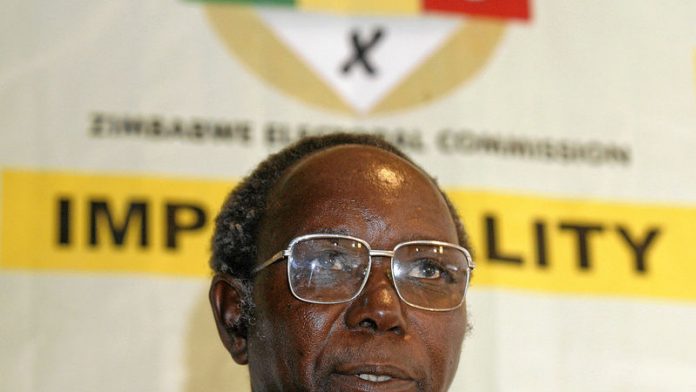 The ability of the Zimbabwe Electoral Commission (ZEC) to conduct free and fair elections is under the spotlight following a report by the Zimbabwe Democracy Institute (ZDI) that has questioned the relationship between the ZEC and the Central Intelligence Organisation.

Research from the ZDI shows there is too close a relationship between the Central Intelligence Organisation and the ZEC secretariat regarding the management of elections. The increased militarisation of the state has led to the military taking control of election strategies, says the report.

The ZDI also alleges that most ZEC commissioners have an intelligence background in the government or are former, and in some cases current, Zimbabwe National Army members, and it questions whether this is "by design or is a mere coincidence".

The report alleges that the ZEC secretariat, headed by chief elections officer Lovemore Chipunza Sekeramayi, involved in the 2008 election, in which results of the presidential poll were delayed for about a month, has the same staff to run this year's polls and so cannot be trusted to fulfil its mandate fairly.

The report says that, although the Southern African Development Community (SADC), the African Union and the international community raised serious concerns about the conduct of the electoral body in 2008, the ZEC secretariat went ahead and declared the poll as free and fair.

"The problematic, partisan and militarised ZEC secretariat that presided over the 2008 sham election remains intact," says the report.

Main players
Among those named in the report who were ZEC commissioners or part of its secretariat in 2008, and who are still serving the body, are:

• Major Utoile Silaigwana who is in the operations division of the ZEC. He has denied reports that he is still a serving soldier.
• ZEC public relations officer Shupikai Mashereni, who the ZDI says is still a member of the army.
• ZEC deputy chairperson Joyce Kazembe who was part of the now defunct Electoral Supervisory Commission. She presided over the disputed and sometimes violent elections in 2002, 2005 and 2008.
• ZEC commissioner Theophilus Gambe who is a senior legal counsel and also worked in the Electoral Supervisory Commission during the 2002 and 2005 elections. He was a commissioner during the 2008 polls.
• ZEC commissioner Sibongile Ndlovu, who has been involved in elections since 1995 in various positions, including as an election officer, election-monitoring supervisor, voter education supervisor, deputy elections officer for Bulawayo and district elections officer.
​• Chief elections officer Lovemore Sekeramayi who is a former career civil servant and has worked in the office of the president and the registrar general. He was chief executive of the ZEC in 2005 after Major-General Douglas Nyikayaramba resigned in order to return to the army.

Credibility
The ZDI says that ZEC commissioners cannot be trusted because some of them have worked for the Central Intelligence Organisation, and it is not clear whether they are still intelligence operatives.

The Movement for Democratic Change (MDC) has also in the past made the accusation, without ­providing any names, that the ZEC secretariat contains serving Central Intelligence Organisation members who are involved in the manipulation of ­election results.

The ZEC had not responded to enquiries about its credibility or the allegations made by the ZDI by the time of going to print.

The ZEC is an independent body mandated to prepare, conduct and supervise elections. It assists in the compilation of the voters' roll, printing and distribution of ballot papers and ballot boxes, as well as operations at polling centres.

Officials in the MDC told the Mail & Guardian that the party has raised concerns about the ZEC with the SADC-appointed facilitator, South Africa.

"It [the ZEC] is a very big area of concern. The involvement of the army and intelligence in the ZEC ­secretariat is at the core of the credibility of the next elections," said MDC national organising secretary Nelson Chamisa.

He said the continued presence of commissioners who served during the 2008 poll is a "real threat to the credibility of the elections". "That secretariat still has the ­mischief of the June 2008 elections hanging over it," he said.