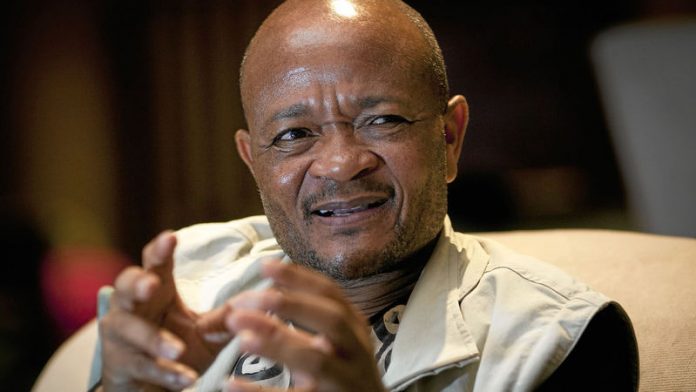 Senzo Mchunu is remembering the counting of ballots in the Inkatha Freedom Party stronghold of Nongoma during South Africa's first democratic elections in 1994: "The woman removed the papers and started counting: 'IFP, IFP, IFP, IFP …' After about 2000 or so, she said, surprised, 'Oh, ANC' and then she kept counting IFP, IFP … I think we got about three votes in Nongoma and as we drove away that day, we left with an idea of what we were fighting against," said the KwaZulu-Natal MEC for education.

"We lost again in 1999 and I remember Madiba [former president Nelson Mandela], after the elections, saying that [IFP president Mangosuthu] Buthelezi must be a formidable opponent to have beaten us twice. It spurred us on," he said.

The ANC eventually wrested control of the province from Inkatha in the 2004 elections and, as Mchunu describes it, "won it with beauty" in 2009, with a specially designed campaign that included ANC president Jacob Zuma arriving at election rallies and meetings in a helicopter, using ANC-branded Minis and musicians at chisa nyamas (braais) and universities to attract the youth vote.

The campaign caught fire from townships to rural areas, capitalising on the "Zumania" that was developing around Zuma, especially in KwaZulu-Natal, from 2005, when he was fired as deputy president of the country, to 2007, when he assumed the presidency of the ANC at its conference in Polokwane.

Mchunu, who began his second stint as the ANC's provincial secretary in 2005 (the first being in 1994), grins widely when he remembers the long road to removing the IFP in KwaZulu-Natal: "The ANC has been built from blood, from tears, from destruction and one-partyism. The IFP represents the old ways of doing things, but we are modern and forward-thinking, that's what ANC victories in the province represent."

That Mchunu will especially relish the end of a party that appears, along with ageing leader Buthelezi, to be haemorrhaging its traditional rural power base to the ANC and its membership to the breakaway National Freedom Party, is palpable.

Mchunu grew up in "grinding poverty" in the northern KwaZulu-Natal area of eNhlwathi, where he remembers the extreme danger of being identified as an ANC or United Democratic Front activist at a time in the 1970s and 1980s when the apartheid state was arming and training Inkatha death squads that rampaged through the province in a blood lust.

Visible and energetic
Extreme violence was familiar to the young Mchunu, who in the 1980s studied to become a teacher at the University of Zululand.

Mchunu said that, having been a teacher, he understood the dynamic of staff rooms and what was expected of teachers, but his portfolio demanded other, more imaginative bureaucratic approaches to ensuring that "I can one day look every parent in this province in the eye because their children are getting a good education and will be able to fulfil their potential".

The father of four has been visible and energetic as provincial education minister, accompanying police raids for drugs and weapons in schools, clamping down on illicit teacher-student relationships and stimulating changes in resources, such as ensuring that every refurbished school in the province has science laboratories, libraries and computer rooms, while also rolling out the concept of "model schools", in which institutions, especially in rural areas and townships, that achieve academically are rewarded with resources to the point that they are on a par with former model C schools.

He appears tireless, especially if judged by the sleep-deprived eyes of his assistants. But that has always been his way: whether working for the ANC, for the pro-Zuma camp in the build-up to Polokwane or in battling illiteracy or poor education.

Mchunu is, without question, a master political strategist. His organisational and mobilising role, together with the likes of the late eThekwini regional secretary John Mchunu, current police minister Nathi Mthetwa, ANC treasurer general Zweli Mkhize and others, was vital in ensuring that Zuma went from ANC pariah to president of the party.

Part of the democratic processes
That mobilisation around Zuma brought about a seminal moment in the ANC's own understanding of itself on its journey from liberation movement to governing party: that a consolidation of support at regional rather than provincial level around the conflation of state and party was vital for any prospective leader of the party at provincial or national level.

With Mkhize having been voted into the ANC's national top six as treasurer general at its 2012 conference in Mangaung, the chairmanship of KwaZulu-Natal and the premier's position have opened up and Mchunu has been named as a frontrunner, together with his namesake, but no relation, Willies Mchunu, the provincial minister of transport and security and deputy chairperson.

The Mail & Guardian understands that there have been behind-the-scenes attempts to convince Senzo Mchunu not to contest the position "in the interests of unity" in KwaZulu-Natal, a well-worn mantra in a province that prides itself on not having resorted to the sort of debilitating internal contestation that has affected other ANC provinces and regions.

So what is different this time around?

Senzo Mchunu believes that contestation is "part of the democratic processes" of the ANC and, despite not wanting to comment on his candidacy until the provincial general council to be held next weekend, there is a sense that the hardworking politician is ready to be rewarded for all the work he has put in over the years on the ground in building the party in KwaZulu-Natal.

Asked about what sort of leader is required in the province, which comes with its own unique rules of engagement, he said: "There has to be a strong leadership. There has to be an identifiable strength in the centre but it must remain 'principled'.

Covid-19 has exposed how widespread corruption tore the heart out of our institutions, from parastatals to hospitals and infrastructure projects.
Read more
National

Andrew Mlangeni: The ‘backroom boy’ with a twinkle in his eye

The Rivionia Trialist was a humble, steadfast and sincere man
Read more
Advertising
Continue to the category
Coronavirus