Not much to write home about 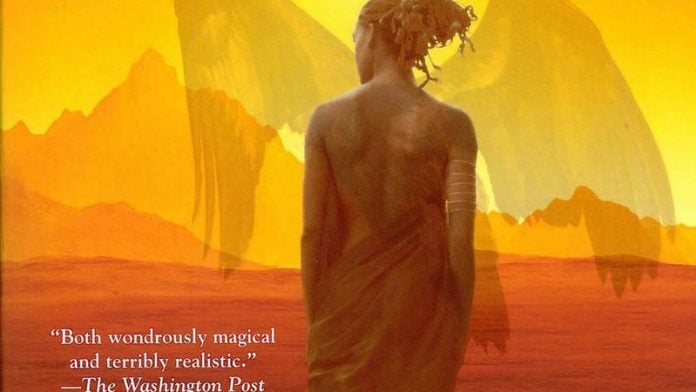 If the work is great, the ­publicist, the readers and the author are united in their joy; if it’s bad, the event organisers, the author and the publicists will think of the review as a hatchet job.

For a few months now I have been meaning to read Who Fears Death, a novel by Nigerian-American writer Nnedi Okorafor (she was born in the United States).

The book won the World Fantasy Award in 2011, so when I heard that Okorafor was a guest at Durban’s Time of the Writer festival, I immediately ­volunteered to do a review. But 30 or so pages into the 386-page tome, I realised that the novel was no good. Whereas most people I know will give up after a few pages, I always try to get to page 30 before deciding that the book isn’t worth the effort.

Who Fears Death (yes, without a question mark) is about Onyesonwu, a child born after the rape of an Okeke (read black African) woman by a Nuru (read Arab) warlord in a fictional desert country that closely resembles the Sudan. The name Onyesonwu is ­supposedly from an ancient language, which is similar to Nigeria’s Igbo, that means “who fears death”.

Apparently, Okeke means “created ones”; these people “have skin the colour of the night because they were created before the day” — so these must be black Africans. The Nuru, on the other hand, “arrived much later from the stars and that’s why their skin is the colour of the sun”. Are these Arabs or what we generally call white people? From the ­evidence in the book, it’s the former.

The Okeke, it seems, are fated to be the slaves of the Nuru. It’s because of sins, apparently, committed in a previous lifetime; what the novelist calls “the Old Africa Era”. As punishment, some deity, Ani, has put “this duty on their backs”. The Nuru are actively wiping away the Okeke. Though the word genocide is not mentioned once, it’s clear that is what is going on. This creation myth has similar overtones to the one peddled by the Nation of Islam’s Elijah Muhammad about the origin of the black and white races.

Although being an Okeke is bad enough in this country, being a product of the coupling of the two “races” is worse.

Chapter two begins: “Just by looking at me, you can see that I am a child of rape.” Elsewhere she describes herself as a “black stain”, a “poison” and “trouble”.

Onyesonwu, it turns out, is no ordinary child. She can heal the sick and resurrect the dead; she can become invisible (“ignorable” is the word used in the book); she can also shape-shift into a vulture and fly off into the desert; she can morph into a snake, or even a mouse (always dangerous, this — if you are going to mutate into something, surely it must be a predatory animal so that you are not eaten). Anyway, when she is 11, she has to be circumcised, something of a pointless exercise as a little while later she is able to regrow her clitoris.

It turns out she wants to learn about the Great Mystic Points (to become a proper sorcerer) but she cannot because she is a woman and an Ewu — of mixed race. After this or before this, I can’t remember, she learns that a “Nuru man will come and force the Great Book’s re-writing … When he comes, there will be good change for Nuru and Okeke”.

It’s an indeterminate prophecy that will change later to “a tall bearded Nuru sorcerer”. But the fulfilment of this prophecy involves a long trek in the desert to Durfar ­(Darfur?), the town that is situated near a “lake with no name”.

I won’t bore you with the minutiae of this journey, whose every mundane detail is over-elaborated. This over-written book could easily have been just 150 pages long. There are whole chapters that don’t add anything to the book, and digressions where every side plot is pursued. I don’t know how many times the heroine’s migraine headaches are mentioned, or her flights as a vulture. Art is as much about what it reveals as it is about what it conceals. While watching a movie about a family’s weekend, you don’t come out saying: “That’s not realistic; I never saw a character going to the toilet.”

It seems Okorafor (a creative writing professor in the US) hasn’t learnt this particular rule. Many times the banal is exalted to the mystical, the mundane is laden with so much intrigue and the pedestrian loaded with so much force. There is excess where control would be desirable; over-elaboration where understatement would work better.

I have wondered how this book won the World Fantasy Award, beating, among others, Lauren Beukes’s Zoo City. On many levels, the book doesn’t work: the laborious plot, overtones of what some would call Islamophobia and the endless reliance on the trick of shape-shifting and the ancient idea of a messiah (no one is going to save us; we are our own saviours).

Was the book awarded the prize because it excavates a windswept, mystical world on which a great genocide is taking place that many in the West are not familiar with? A genocide in which, unlike many other genocides, Westerners are the saviours and not the perpetrators. If the book hadn’t thrown in negligible amounts of old computers and other geeky gadgets, this could easily have been dismissed as an update of an effete magical realism story or even an old wives’ tale.

I have nothing against those tales, mind; many of them are too vivid to be just the product of people’s imaginations. Growing up in Zimbabwe, I remember my mother saying she didn’t buy fish peddled on the streets by strangers. Some fisher­men, apparently, were known to change into crocodiles and then catch shoals of fish. Apart from their dubious provenance, the fish also tasted bland, she would say.