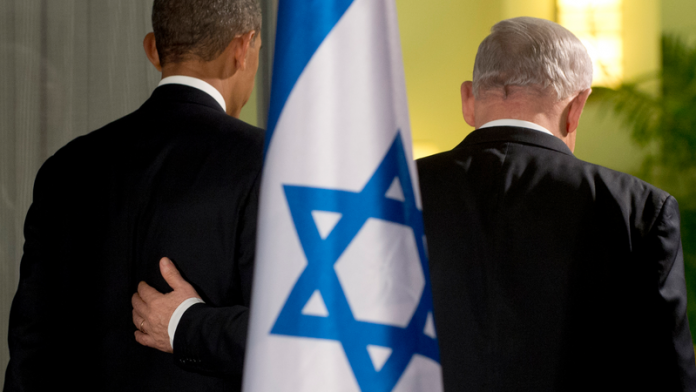 Obama on Thursday also stopped short of demanding a construction freeze to enable negotiations to resume.

Speaking at a joint news conference with Palestine's President Mahmoud Abbas, Obama said he remained committed to the creation of an "independent, viable and contiguous" Palestinian state, but said achieving that goal would not be easy.

"The core issue right now is how do we get sovereignty for the Palestinian people and security for Israeli people," he told reporters following almost two hours of talks with Abbas.

"That's not to say settlements aren't important. That's to say if we solve those two problems, the settlement issue will be resolved," he added.

US-sponsored talks between Israel and the Palestinians broke down in 2010 over the issue of Jewish settlements and Abbas repeated on Thursday that he wanted to see construction halted on land seized by Israel in the 1967 Middle East war.

On his first official visit to Israel and the Palestinian territories, Obama held lengthy talks with Israel's Prime Minister Benjamin Netanyahu on Wednesday.

New proposals
"I've been clear with Prime Minister Netanyahu and other Israeli leadership that … we do not consider continued settlement activity to be constructive, to be appropriate, to be something that can advance the cause of peace," Obama said.

He offered no new proposals on how to revive talks, but said his new Secretary of State John Kerry would spend a significant amount of time trying to narrow the differences between the two sides as Washington seeks to move them back to negotiations.

In a 2009 speech in Cairo, Obama said the United States did not "accept the legitimacy of continued Israeli settlements" and pressed openly for a freeze on settlement activity in talks with Netanyahu early in his first term.

More recently, however, he has largely avoided any direct mention of settlements and has instead urged both parties to refrain from "unilateral" moves, referring to settlement expansion and Palestinian statehood bids at the United Nations.

Air Force One landed in Tel Aviv on a four-day trip on Wednesday.

A survey by the independent Israel Democracy Institute showed that while 51% of the Jewish Israeli respondents considered Obama to be neutral in his attitude toward Israel, 53.5% did not trust him to safeguard what they perceived to be Israel's vital interests.

Obama and Netanyahu will have to navigate an often difficult personal chemistry following previous spats, but the visit is unlikely to narrow differences over how soon Iran will have a nuclear weapons capability. – Reuters

Ari Rabinovitch
Ari Rabinovitch works from Toronto. Airbourne Traffic Reporter and Camera Operations with Global News Toronto, 640 AM, and Q107 FM: IG: Ari_Traffic. Tweets are my own. All puns are intended. Ari Rabinovitch has over 554 followers on Twitter.