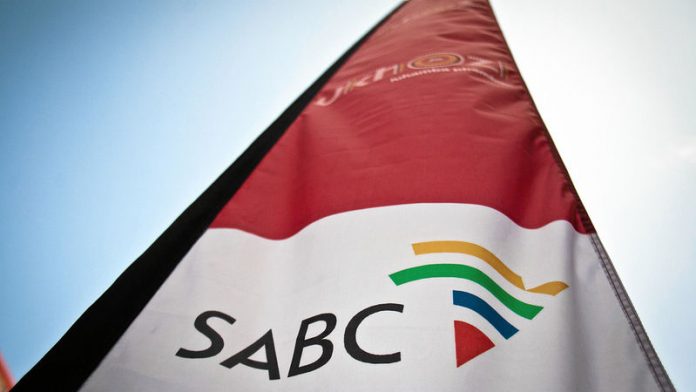 As the farce called the South African Broadcasting Corporation plumbed new depths this week, a story related by Ivor Wilkins and Hans Strydom in their must-read book about the Broederbond, The Super-Afrikaners, became more ­instructive.

Having won political power through its political proxy, the National Party, the Broederbond was determined to seize complete control of the country's largest media organisation, the SABC. But it had a problem because there were no Broedebonders who could be appointed on merit, so the mantle fell on one advocate Gideon Roos, the director general of the public broadcaster. He was seen as "safe" because, although a journalist, his broadcasts had popularised the Broederbond's 100th anniversary commemoration of the Boer Trek. It was a terrible mistake for their cause.

Roos failed to grasp the imperatives of cadre deployment, which entail serving the narrow interests of the ruling-party political masters rather than the public. Consequently, he went about his job as best he could with no regard for the movement.

The Broederbond could take it no more and set in motion a process that would culminate in his removal. When he finally left in 1961, the powers of the chairperson had been beefed up and a bevy of Broederbonders had been deployed as senior executives performing his functions. In the end he had no job.

Roos stood no chance. His chairperson at the SABC was none other than the Broederbond chairperson, Piet Meyer. Meyer himself had hardly been chosen on merit. His friend, Albert Hertzog, had promised him the job even before he had discussed it with his boss, Hendrik Verwoerd. Strydom and Wilkins say Verwoerd was very upset because he had wanted someone with "more prestige", probably another cadre deployment.

"The SABC provides a service to the public and is therefore a servant of the public, not a servant of the government," the Sunday Times reported that Roos told his detractors. Of course, Roos was referring to the interests of the white public, but the principle is no less relevant in our time. It is a statement that to this day will get any executive of the SABC into serious trouble.

The collapse of the board
The complete collapse of the SABC board this week should provide us with an opportunity to reflect on a few things and to think carefully about how to do things differently so that it is not repeated in the future. The tragedy that this institution has become is symbolic of the patchy record of our state-owned enterprises, given the extent of political interference in them.

One is tempted to propose that the problems arise because the country does not have skilled people to put at the helm but this would be sophistry. There are enough South Africans skilled for the task but they fail the "loyal cadre" test.

Repairing the credibility of the SABC requires a philosophical transformation in the country's ivory towers. The omnipresence of narrow political influence on the day-to-day affairs of a medium such as the SABC is unhealthy. It leads to toxic attempts to manipulate news reporting and is based on a belief by political factions that installing an agent in the power structures of the corporation will produce propaganda benefits.

The government now has an opportunity to demonstrate that it does not put the narrow interests of the ANC above those of the country by reducing the number of political deployees on the SABC board. There are enough other South Africans who can perform better than the demolition job done during Ben Ngubane's tenure. It is particularly important to make new board members understand that they are not allowed to interfere in the day-to-day running of the corporation in the manner in which it has been known to happen in the past decade.

Another next step is to remove the party loyalists who masquerade as senior executives and media managers. They have made the lives of ordinary journalists and editors at the corporation an absolute nightmare. News coverage has become such a complicated egg dance that journalists often avoid certain stories. In cases where they forget who the master is, they are given instructions to toe the line, as Sakina Kamwendo found out to her distress last year when she tried to host a radio debate around Mangaung. She was not the only one.

Consideration must also be given to reducing the powers of the communications minister and the SABC board chairperson. Although the ­former must continue to play an oversight role, Parliament's role must be elevated when public accountability is required.

The circus
The circus concerning the short-lived appointment of Mike Siluma as the chief operations officer demonstrates the farcical nature of being an executive officer at the corporation. Who wants a post where they can't appoint subordinates without the apparent approval of a minister who is supposedly not involved in the day-to-day affairs of the company? Besides, this should, at most, go to the board, not the minister. In 2013, we are in an open democracy and not in the Broederbond era when public funds were channelled to state-owned companies that were not there to serve the public but rather the narrow interests of ruling parties and their crony systems.

The SABC has an enormous role to play in social and economic transformation. To do this effectively, it has to be free of vested interests, including those of the ruling party, because, fundamentally, social transformation in a democracy cannot take place without the free flow of ideas and information.

Both the journalistic and the creative brains at the corporation need to be unshackled from the prison that the political capture of that organisation has put them under in recent years. South Africa is grappling with the challenges of poverty, inequality and corruption, among others. Only the SABC reaches all corners of the republic.

Naturally, it is through its services that the multiplicity of views and ideas that make up our public spaces will reach the ears and eyes of most South Africans. An ignorant and uninformed people cannot progress.

The SABC also needs to be fixed for another important reason, and that is to demonstrate that there is still a case for state-owned enterprises, given the enormous burden they have become to the nation's finances. If they continue to be reduced to a turf on which political battles relating to the entrenchment of narrow interests and self-enrichment are fought then the rest of us should no longer be expected to rescue them.

For far too long South Africans have stood by idly while institutions that are critical to the functioning of our democracy are reduced to rubble. We have become used to the decay and merely shrug our shoulders and move on to the next disaster. We must not get used to this habit.

If we do, our entire democracy will be dismantled — our freedoms destroyed one at a time, just like the institutions we allowed to fall into disrepair on our watch.

Songezo Zibi is with the Midrand Group

Yet another deadline for broadcast digital migration