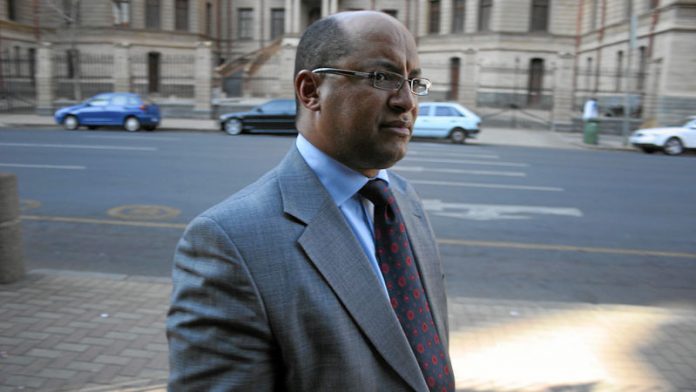 In a recorded conversation that the Mail & Guardian has heard, Tsalamandris accuses Hulley – Sassa's "strategic adviser" on the ­tender – of being on Cash Paymaster Services's payroll, implying that other officials were bribed. The rot, he said, "links right to the top, that's why Hulley is there".

His evidence is vague, but the fact that an official who observed the ­process believes it was a "farce" raises serious concerns.

Tsalamandris refused to comment, but an agency spokesperson said he had written an affidavit "distancing himself from the contents of the recording".

Cash Paymaster Services dismissed the allegations as "misguided opinion masquerading as fact". Hulley did not respond to questions.

Tsalamandris – who minuted the agency's bid committee meetings in 2011 – met with the national co-ordinator of the South African Older Persons Forum, Roedolf Kay, shortly after the contract was awarded.

Flawed process
Kay, who was concerned the tender had been manipulated and was ­collecting evidence to present to public protector Thuli Madonsela, recorded the conversation.

Before this meeting, a losing bidder, Absa-owned AllPay, explained in a North Gauteng High Court application why it believed the process was flawed. Key points made by AllPay and by Tsalamandris are similar.

The Sunday Independent reported aspects of the conversation last April, but withheld the circumstances and identities of Kay and Tsalamandris.

High Court Judge Elias Matojane in August ruled that the tender was "illegal and invalid" but the contract should stand. He did not consider "hearsay" corruption allegations.

In February this year, the Supreme Court heard appeals by AllPay, Cash Paymaster and Sassa and reserved judgment. Then, in a last-ditch bid to influence the case, AllPay this month applied to submit a transcript of the Tsalamandris recording as new ­evidence. The court rejected this.

The claims have not previously been made public.

The conversation begins in cloak-and-dagger tones. "I don't want to be seen because these guys are dangerous and there's nothing that's beyond them," Tsalamandris says. It is unclear who he is referring to.

He suggests they use code names for AllPay and Cash Paymaster – "Fanta" and "Coke".

Bankrolling
Of Hulley, who, according to his contract, would be paid R21000 a day, he says: "He hasn't claimed not one cent. Now why hasn't he submitted invoices? Because he's being paid by Coke."

Sassa has confirmed that Hulley did not invoice for his services, but Cash Paymaster this week denied bankrolling him.

Tsalamandris says three technical advisers, paid "half a million" each by Sassa, were chosen because they "would support what they were doing".

He identifies adviser Patrick Monyeki as being key, saying that project manager Raphaahle Ramokgopa "took money from him, but it came in cash", which she then allegedly used for international flights and spa treatments.

The agency denied this. Monyeki could not be reached for comment.

Tsalamandris focuses on a last-minute notice requiring bidders to  verify biometrically the identity of grant beneficiaries. In their bids, Cash Paymaster offered biometric

Sidelined
Tsalamandris says that "at a very late stage of the process, it changed the rules of the game. All of a sudden people are being told they must have biometrics. They were using biometrics as the key thing to kill AllPay."

In his August ruling, Matojane dismissed AllPay's claim that the late notice altered the bid specifications.

In any event, bid committee members then lowered AllPay's scores. Matojane ruled they did so "irrationally and unfairly".

Tsalamandris also claims that a treasury representative on the bid adjudication committee was sidelined after raising concerns: "They scheduled meetings knowing he would not be available." Sassa denied this in court.

Cash Paymaster said in a statement: "[These] allegations have been extensively dealt with in court proceedings. We have responded comprehensively in court documents to specific allegations against [us]. Nothing we can say now can take the matter further. [Cash Paymaster] won the Sassa tender to distribute social welfare grants to 10-million South Africans every month because it has a technically superior and cheaper product."