Will Smith refused Django role because it ‘wasn’t the lead’ 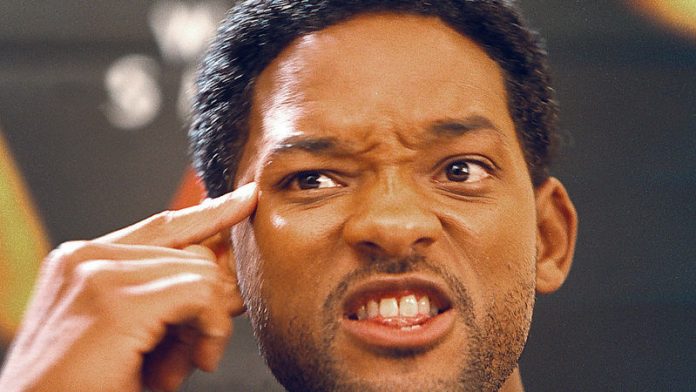 Tarantino first offered the part played by Jamie Foxx to Smith, but the actor felt the role played by Christoph Waltz was the real lead.

Smith was rumoured to be in the running for Tarantino's Oscar-winning paean to the spaghetti western prior to production. Foxx ultimately took the role of Django and there were hints in the press that Smith was uncomfortable with the film's combination of anti-slavery polemic and blood-soaked violence. Now Smith has revealed he simply felt the part of dentist-turned-bounty hunter Dr King Schultz was the real lead.

In the film, it is Schultz, played by an Oscar-winning Waltz, who finally takes out Leonardo DiCaprio's sneering Francophile plantation owner character, Calvin Candie.

"Django wasn't the lead, so it was like, I need to be the lead," Smith told Entertainment Weekly, while promoting his new science-fiction film After Earth. "The other character was the lead! I was like, 'No, Quentin, please, I need to kill the bad guy!'"

Smith added that he nevertheless much enjoyed the final version of the film, for which Waltz ironically won the Oscar for best supporting actor. "I thought it was brilliant," he said. "Just not for me."

Django Unchained turned out to be Tarantino's biggest ever box office hit, grossing a hugely impressive $413-million worldwide. A sizeable critical smash, it was nominated for five Oscars and the film-maker also took home the prize for best original screenplay last month. – Guardian News and Media 2013

Fans of Trevor Noah have been celebrating the news that the South African comedian is to star in his own US sitcom.
Read more
Friday

12 Years A Slave: Heroic and harrowing, but necessary?

DiCaprio is set to play the infamous Russian mystic and confidante of the Romanov Russian royal family, Rasputin, in a new biopic.
Read more
Opinion

During a father-and-son interview with Will and Jaden Smith, Smith junior has revealed that Will watched hours and hours of the talks online.
Read more
Friday

Of the reams of writing and constant story updates done on Django Unchained, not much, if any, has been said about Kerry Washington's insipid role.
Read more
Friday

Does "Django Unchained" say anything about Hollywood with regard to its handling of sensitive subject matter like slavery?
Read more
Advertising
Continue to the category
Coronavirus