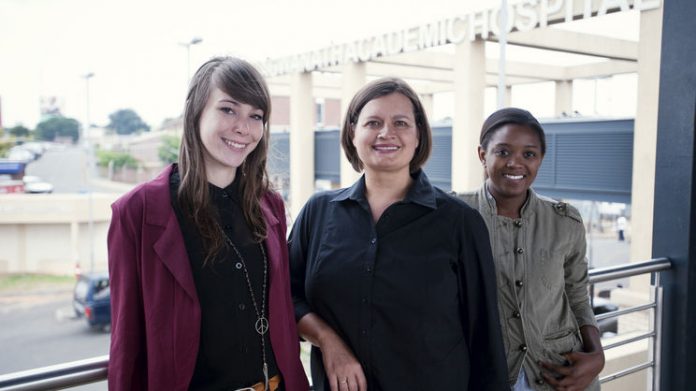 The M&G Health Journalism Centre finally has a name. It's Bhekisisa, which is appropriate on several fronts. Zulu patients who want to be thoroughly examined by a physician will often ask the doctor to bhekisisa them. The word means "to look at closely" or "to scrutinise".

We at the centre will bhekisisa health issues and you, as our media consumers, will bhekisisa us to make sure we do our job well. In short, we'll have a healthy relationship.

Our logo, designed by our graphic artist John McCann, is a magnifying glass with a cardiograph running through it. It signifies that we'll take a really close look at health matters.

About a month ago we asked readers to come up with a name for the M&G Health Journalism Centre. We had many innovative suggestions, of which four stood out for us.

Joy Whittaker put forward the isiZulu name Ekuphileni, which means "place of health", and Edward Malatji from Kempton Park came up with Maphelo-a-batho which is Sesotho for "health of the people".

We asked Mail & Guardian staff to vote on the names. They did not know that the health reporters had come up with "bhekisisa", which subsequently received the most votes.

WInner of an M&G subsciption
We had committed to awarding the person with the winning suggestion with an M&G digital subscription for a year. But, as there wasn't a winner, we had to come up with another plan.

We've asked the four people with the most original suggestions to write a 200-word letter in which they share their ideas on what the M&G Health Journalism Centre should be doing. These letters will be published in next week's edition. We will ask you, the readers, to vote for the best letter and the person you select will win the M&G subscription.

Bhekisisa, which is supported by the Deutsche Gesellschaft für Internationale Zusammenarbeit (German Agency for International Co-operation), will be launched on April 18 in Johannesburg. Health Minister Aaron Motsoaledi is expected to attend the event.

In partnership with Medscheme's holding company, AfroCentric Health, the centre will be hosting a critical thinking forum to attempt to answer the following question based on the imminent release of the white paper: What kind of national health insurance would transform the rural health system and what would be the role for private providers and funders?

In addition to hosting public discussions and journalist training on health issues, Bhekisisa also offers three-month fellowships to working reporters from other media houses in South Africa and Southern African Development Community countries to hone their health journalism skills. Our first fellow starts in May.

Of course, we'll also publish articles on health issues to inform you of the latest developments in the country and Africa, and provide you with insight into, and analysis of, health policy. We will monitor the government's progress with regard to health targets and will investigate how health budgets are spent. And we will humanise health issues through sharing the stories of people affected by diseases, poor policies, drug stock-outs and dilapidated facilities.

We've committed to explore positive health stories as well. We'll bhekisisa the good and the bad, point out what works and what doesn't, highlight failures but also successes, and bring you captivating stories of hope and the misery of people not accessing the health services guaranteed in our country's Constitution.

Mia Malan is the director of the M&G Health Journalism Centre, Bhekisisa and the Mail & Guardian's health editor

Mia Malan
Mia Malan is the founding director and editor of the Bhekisisa Centre for Health Journalism at the Mail & Guardian. She heads up a team of fifteen permanent and freelance staff members. She loves drama, good wine and strong coffee, not necessarily in that order.
Facebook
Twitter
WhatsApp
Linkedin
ReddIt
Email
Print