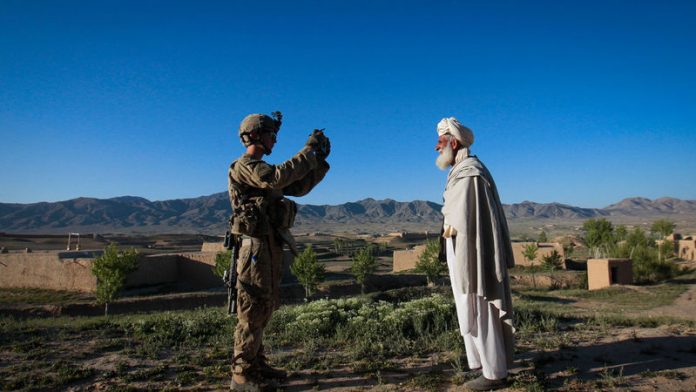 This is according to fficers in charge of the complex process say.

The US military has pledged it will level any bases not handed over to Afghan forces and fly out, drive out or scrap the weapons, equipment and tens of thousands of Humvees and mine-resistant, ambush-protected vehicles it has shipped in since 2001.

To do this, it must sort through 100 000 shipping containers and strip down nearly 30 000 vehicles scattered in hundreds of bases across Afghanistan, all by a 2014 deadline, while making sure that the nearly 70 000 US soldiers still in the country are not left short of the equipment they need to fight.

"Our workload will at least double by the beginning of the fall," said Brigadier General Steve Shapiro, the deputy commander of the unit overseeing the removal, sale or destruction of about $26-billion worth of equipment, known to the military as a "retrograde".

"We're hearing about $6-billion in transportation costs," he said, as civilians and US soldiers sorted new arrivals in one of three 5 000m2 warehouses on Bagram airbase, which currently holds about $200-million worth of equipment.

Bagram, the first US base for its war in Afghanistan, is one of two hubs in an effort that employs nearly 10000 soldiers and civilians and is proving far more challenging than the US departure from Iraq.

Labour-intensive process
In Iraq, US equipment was trucked across the border to Kuwait where it was packed, cleaned, recorded and shipped on. But Afghanistan has no coastline, no stable, US-friendly neighbours and only a weak road network.

About 28 000 vehicles and 20 000 shipping containers need to be sorted and prepared in Afghanistan, then shipped out of the country by the end of next year, Shapiro said, leaving little room for error. The rest of the containers – and their contents – will be given to the Afghan army, sold or destroyed.

"It's more complex than Iraq," said Colonel Mark Paget, commander of the 401st Army Field Support Brigade, which is managing the ­retrograde in Bagram. "You don't have the space to make big mistakes. I can't have a pile of equipment here building up. You need a steady, even flow through the system."

His team prepares up to 60 mine-resistant vehicles a day in a painstaking, labour-intensive process, poring over the vehicle for ammunition lost under seats or behind cables, using sophisticated cameras to look into hidden crevices. Lost assault rifle and machine-gun rounds, even grenades and mines,  have been dug out of the interiors of the vehicles. A second unit strips off netting designed to stop rocket-propelled grenades, gun towers, radio equipment and other features, for separate shipping.

Mine-resistant vehicles are washed at least twice, more if they are going straight back to the US, and then, mostly, loaded on to planes, although some are taken out by road. They are so large that only four can fit in the C-17 military transport planes used to fly them on to bases in Kuwait, where they are loaded on to ships.

The US can take some things out on Pakistani roads, the route many supplies came in by. But although the first ship packed with surplus US equipment has already set sail from Karachi port, tension between the two countries has shut the border more than once and the US will not send any high-tech or sensitive equipment by that route.

Planners have to weigh up the cost, the state of roads, bilateral relations and the speed with which transport can be marshalled. "What we don't want is peaks and valleys, which is why there is all this emphasis on it now," Paget said. – © Guardian News & Media 2013