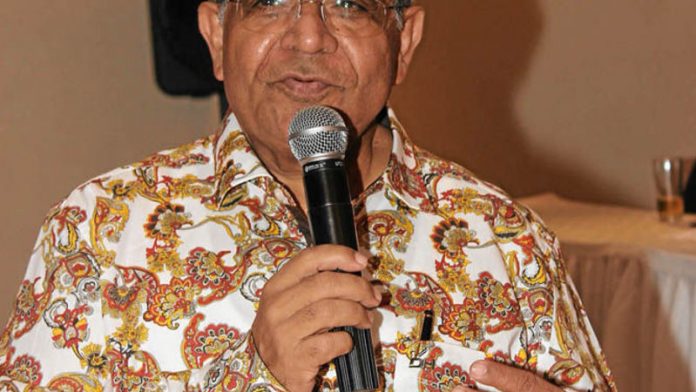 The construction of a flagship multimillion-dollar hospital in Zambia is on hold while South Africa's Industrial Development Corporation (IDC) and controversial business figure Rajan Mahtani are embroiled in a legal spat in the high court.

Sitting on a prime four-hectare site near the Lusaka International Airport, the 160-bed hospital would have had an intensive care unit, high tech diagnostic equipment and five operating theatres.

The Zambian government paid more than $1-million for the treatment of various government officials at hospitals in South Africa and India between 2011 and 2012 — treatment that would have been offered by the new hospital, had it been completed on schedule.

In 2009, business consultant Steven Singleton secured the financial backing of the IDC and the professional support of a South African health management company and construction experts. They put together a business plan for the multidisciplinary hospital that would have become a referral centre for the Central African region.

Health facilities
Singleton told the Mail & Guardian that health facilities in Zambia were run by the ministry of health and were, by any measure, very basic. He said that large multi­national companies in Zambia often housed their senior personnel's families in Johannesburg, where they were sure of have access to good medical facilities.

"I made a decision to bring a South African-style hospital to make a difference and build a great business," he said.

To get the project off the ground Singleton, a British citizen, needed a local partner because he encountered numerous challenges in attaining licences and cutting through the bureaucracy and red tape associated with foreign investment.

He was introduced to Mahtani, who enjoys a close relationship with current President Michael Sata and chaired one of the largest indigenous banks in the country. Together, they set up the Lusaka Premier Health Clinic (LPHC) Ltd. Mahtani owned the majority shareholding through his Finsbury Investment group.

A financial credit loan agreement, in which the parties were each to contribute $10-million, was signed between the IDC and LPHC in 2008. According to a source within the IDC, who preferred anonymity because he is not an official spokesperson, Mahtani only provided a letter of commitment, not sufficient proof that he or Finsbury had the funds to honour their obligation.

"A relationship had been built and this was the owner of a large bank; there [was no] reason to think there would be a problem. But with hindsight, we should have conducted the usual due diligence," said the source.

The IDC nonetheless advanced LPHC nearly $5-million, but two years after construction began declared a default on the agreement and stopped funding the project.

IDC pulled out
According to an affidavit filed in the Zambian High Court by Mahlatse Maboa, the IDC's senior legal specialist, the IDC pulled out of the project because the LPHC had not met its obligations. The corporation was thus demanding either a repayment of the principal sum, with interest, or possession of the site on which the hospital was being constructed.

Mahtani has claimed that his accounts at the Zambian Finance Bank had been frozen by the then government of Rupiah Banda, the president he had crossed swords with and who was out to "finish him politically".

Because of this, he said, he was not in a position to make good on his obligations and he had communicated this to the IDC.

Mahtani claims that when Sata restored him as chairperson of the Finance Bank in 2011 he was able to access his funds as well as negotiate exemptions on value added tax. He approached the IDC to continue the project, but the lending institution declined and instead issued him with a writ of demand.

Mahtani's lawyer, John Sangwa, told the M&G that LPHC would counter the IDC's claims and would also complain that it was abusing the court process because it had commenced arbitration proceedings in South Africa as well as in Zambia and was seeking the same remedies.

"The court ruled against us and we have since appealed to the [Zambian] Supreme Court and applied to stay proceedings until the appeal is decided by the Supreme Court," Sangwa said.

"There are certain technical issues which have been raised, in particular that LPHC is not liable for the breach of the agreements because its ability to meet its obligations under the agreement was prompted by the acts of the Zambian government, which seized the accounts of Finsbury Investments Limited, the main shareholder in LPHC and the main contributor to the project."