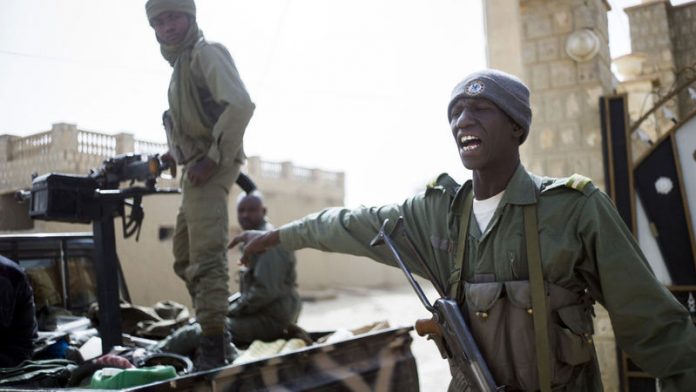 "Jihadists have infiltrated the centre of Timbuktu… Our men are currently fighting them with the support of a unit of our French partners," the Malian officer told AFP by telephone.

"Two jihadists have been killed and four Malian soldiers have been injured. That's the provisional toll," the officer said, adding the fighting "is not yet over".

The Islamist fighters who had controlled the fabled Saharan city before French and Malian soldiers recaptured it in January have been able to blend into the population to launch attacks, infiltrating it by foot or bicycle.

The officer said fighting began when the Islamist rebels opened fire on two sides of the centre of the city, targeting a hotel serving as the temporary residence for the region's governor as well as a Malian military base.

A Malian security source said the governor and two foreign journalists had been among the people evacuated from the targeted hotel.

On Saturday, a suicide bomber blew himself up when he tried to force his way through a military barricade at the western entrance to Timbuktu, wounding a soldier manning the checkpoint.

Series of attacks
Mali has been the target of a series of attacks claimed by Islamist insurgents since France launched a military intervention in January against al-Qaeda-linked groups that had seized the north of the country.

The French-led operation has forced the extremists from the cities they seized in the chaotic aftermath of Mali's military coup in March 2012.

But French and African forces have faced continuing suicide blasts and guerrilla attacks in reclaimed territory.

On March 21, a suicide bomber blew up a car near the Timbuktu airport, launching an overnight assault on the city.

The blast killed one Malian soldier. Around 10 Islamist fighters were killed in the ensuing fighting with French and Malian forces, a French army spokesman said.

The attack was claimed by the Movement for Oneness and Jihad in West Africa (MUJAO), one of three Islamist groups that had seized the north.

MUJAO said it had "opened a new front in Timbuktu", which had not come under attack since French-led forces entered the city on January 28 – unlike Gao, which has been hit by a string of suicide bombings and guerrilla attacks.

Aside from its chairman and two vice-chairmen – who were also named – the commission will have another 30 members.

France's Defence Minister Laurent Fabius, who is due to visit Bamako on April 5, on Sunday welcomed the first appointments made to the Dialogue and Reconciliation Commission (DRC), calling it "an important step toward political reconciliation". – Sapa-AFP