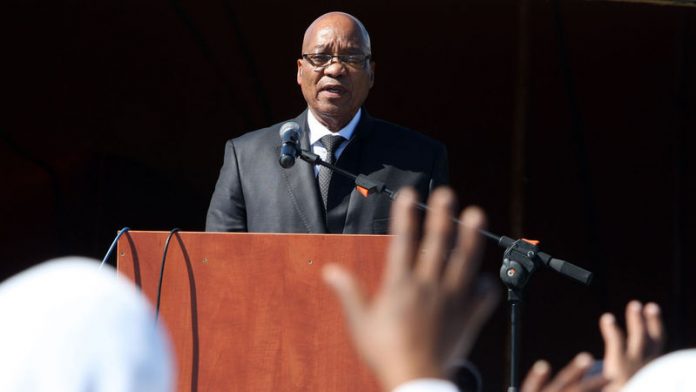 In October 2012, President Zuma urged high-ranking executives in the public and private sectors to freeze their salaries as a "signal of a commitment to guide an equitable economy".

The plea was made as part of a social pact agreed to between government, business and organised labour at the height of labour unrest in the mining sector late last year.

But the president will have to do more than provide lip service to encourage chief executives and top management in the private sector to rein in their salaries and cease to pick up bonuses.

There has been no indication of any high-ranking office bearer in the private sector capping their salary, nor are their signs this will occur in the near future.

"The reality is that it is nearly impossible to bring into effect something like this across the private sector," said Loane Sharpe, economist at Adcorp – a leading labour sector research agency.

"It would take more than the president calling for it, it would take something drastic. And if this was taken to the National Economic Development and Labour Council [Nedlac], it would take years to be discussed before it's enacted."

Consultancy firm Prophet Analytics's latest labour market navigator report indicated that many top-level executives in South Africa's private sector earned salaries that were not in line with their company's profitability and were well ahead of their employee's salaries.

Annual executive salaries for the 2010/11 financial year differed across sectors in South Africa, but some of the top-paid chief executives in the country included:

Johnny Goldburg, chief executive at leading labour law and human resources consultancy Global Business Solutions, said it was unsurprising that the private sector was reluctant to enact any restraints on wages and salaries.

"The market dictates the amount of money you are paid relevant to your skills base and it's impossible to enforce something like a pay freeze as it would be unconstitutional," he said.

"The onus is on the business entity to bring something like this into action, but what incentive do they have to do so? Wage restraint across the board? Stability in the labour market?"

Zuma's pay increase
Goldburg said the time was ripe for business and government to form a social pact to govern how much private sector executives earn.

"The South African Reserve Bank has been warning about wage and salary restraints for some years now. If these increases continue to be above inflation, job creation will suffer and inflation will increase," he added.

The pay freeze request in the public sector was met with mixed reaction after the president himself received a 5.5% pay increase to his over R2-million salary more than a month before he made the call.

The ministry of public service and administration met with the forum of director generals in late 2012 and agreed that director generals across all national departments would not receive any increases – inflationary or otherwise.

"We are in the process of implementing this agreement. They volunteered to do this, it is not by force and will be enacted only for this financial year," Ndivhuwo Mabaya, spokesperson for Public Service Minister Lindiwe Sisulu said.

Department director generals can earn up to R1 500 000 annually, depending on their duties.

But while director generals might not receive a pay increase, the same cannot be said for their executive subordinates.

Mabaya confirmed that no other level in the public service was requested to undertake a pay freeze, even though chief directors and deputy director generals can earn as much as director general.

Depending on qualifications and job responsibilities, deputy director generals and chief directors of national departments can earn between R450 000 to R1 100 000 per year.