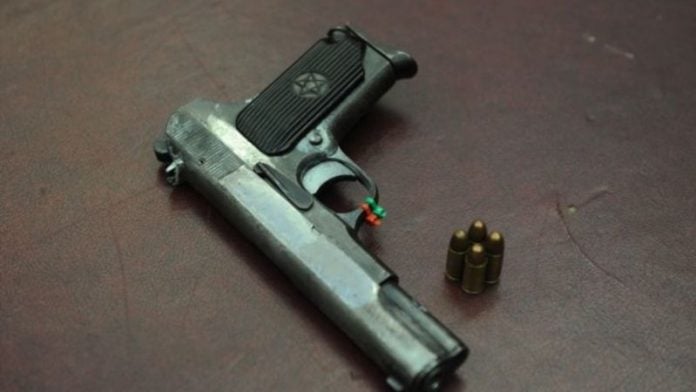 Republican Ted Poe speculated on Monday that the Aryan Brotherhood may have carried out the killings of Kaufman County district attorney Mike McLelland (63) and his wife, Cynthia (65).

The couple were killed two months after Mark Hasse, the assistant district attorney for Kaufman County, was shot dead. Kaufman County was among a number of agencies to have brought a racketeering case against the Aryan Brotherhood, a white supremacist prison gang. In December the Texas department of public safety had warned the Brotherhood was "actively planning retaliation against law enforcement officials".

Interviewed by CNN on Monday, Poe said "I believe it is a group", when asked about the killing of the McLellands. "It could possibly be the Aryan Brotherhood," he said.

Poe, a former judge and prosecutor in Texas, did not elaborate, but stressed that only 13 prosecutors have been murdered in the United States in the past 30 years. He said the Texas killings were "specifically aimed at certain people in particular roles in law enforcement".

"It seems to me that a scenario may be developing that the district attorney's office was investigating this gang, or another gang, and they wanted to prevent that investigation," Poe said.

The Kaufman County sheriff's office was notified shortly before 6pm on Saturday that the two bodies had been found in their rural home just outside Forney, about 20 miles east of Dallas, Sheriff David Byrnes told Reuters. The bodies were discovered by a friend who had come to check on the couple.

Byrnes said the FBI, Texas rangers and other law enforcement officials were investigating the deaths. "It's pretty obvious it's unnerving," he said at a press conference on Sunday. "We are striving to assure the community that we are providing public safety."

Retaliation against law enforcement
McLelland had given a bullish press conference after assistant DA Hasse (57) was shot dead near the Kaufman County courthouse on 31 January. He vowed to arrest the "scum" responsible, and in recent weeks had told reporters that he had taken to carrying a gun at all times.

Hasse had been involved in investigating members of the Aryan Brotherhood, the Dallas Morning News reported. The newspaper quoted Byrnes, who had said Hasse's killing may have been a "hit".

In December, the Texas department of public safety issued a state-wide bulletin warning that authorities had received "credible information" that white supremacist group the Aryan Brotherhood was planning retaliation against law enforcement officials following indictments of dozens of its members in Houston.

"High ranking members … are involved in issuing orders to inflict 'mass casualties or death' to law enforcement officials who were involved in cases where Aryan Brotherhood of Texas are facing life sentences or the death penalty," the bulletin stated.

The deaths of Hasse and the McLellands follow the March 19 murder of Colorado department of corrections head Tom Clements, who was shot dead after answering the doorbell at his home.

US authorities have linked Evan Spencer Ebel, a former Colorado inmate and white supremacist, to the death of Clements and a pizza delivery person two days earlier. Ebel was killed in a shootout with Texas deputies about 100m from Kaufman. El Paso County sheriff's spokesperson Lieutenant Jeff Kramer confirmed that Ebel had been a member of the 211s, a white supremacist prison gang in Colorado. – Guardian News and Media 2013