Why exactly is Zuma attending Chad summit on CAR? 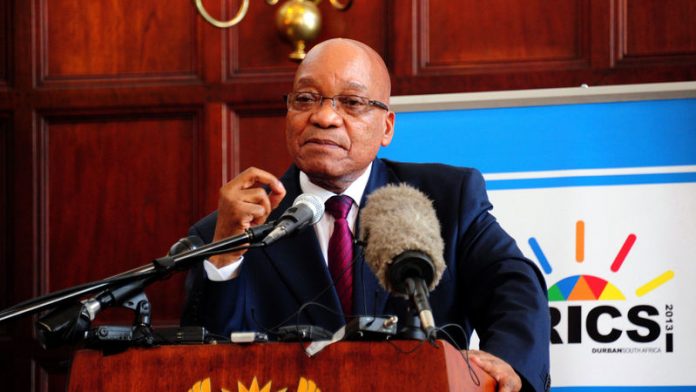 Getting to Bangui has never been easy. As the crow flies it is six hours from Johannesburg, just another two hours north of Kinshasa. South African Airways flies to the Congolese capital regularly, making it easier to get to the place Joseph Conrad referred as The Heart of Darkness, than it is to get to the capital of the Central African Republic (CAR). My route takes me directly over Bangui and that far again, as the Air France flight crosses the CAR in the middle of the night on its way to Paris from Johannesburg.

Perhaps it's fitting to land in Paris first, before heading halfway back to Johannesburg in order to land at M'Poko airport. Throughout the CAR's history, both pre and post independence, not much has happened in the country without some sort of link to France. Less than a decade ago it was still easier to travel between Anglophone and Francophone Africa by changing planes at Paris's Charles de Gaulle airport. To get to Bangui, apart from when the Kenya Airways flight operates, this is still the case.

Chances are, President Jacob Zuma was probably flying over Bangui only a few hours after I was, but his destination – the Chadian capital N'Djamena – is just north of there. Zuma is attending a summit of regional leaders on the CAR. In recent years, Chad's President Idriss Deby, has been at least as influential in Central African politics as has the former colonial power.

Chadian troops have, depending on the year, either supported or fought against whoever the strongman in Bangui happened to be. One of the principal reasons François Bozize accepted a South African military presence on his country's soil was because of waning support from Deby, formerly one of his strongest allies. Throughout most of his 10 years in power, Bozize relied on Chadian soldiers for his personal protection within his much-feared presidential guard.

Exactly what Zuma's objectives are in attending this summit is unclear. What is almost certain, however, is that despite calling the Seleka rebels, who ousted Bozize, bandits, Zuma will want to reach some sort of understanding with the powers in Bangui not only to protect whatever South African assets remain in the country but, more importantly, to ensure that those assets remain South African. In his inaugural speech in Bangui last weekend, Michel Djotodia, the self-proclaimed president, announced that he would be taking a close look at all business deals the previous regime had entered into. It's no secret that Djotodia was referring to Bozize's mining agreements with the South Africans, the French and the Chinese.

What are the Gripens for?
Zuma's trip to N'Djamena comes amid reports that the South African National Defence Force have deployed Gripen planes and combat helicopters to within striking range of Bangui. What are these for if the bulk of South African troops have left the country?

For what other reason could Zuma be travelling to Chad? Bozize has been excluded from the summit and the CAR's membership in the African Union has been suspended. Djotodia and his Seleka-dominated administration are not recognised in Addis Ababa as the legitimate authority. Whatever the case, in order to have interests in the CAR relationships with less-than-savoury characters are often necessary, and, to quote a friend in United Nations peacekeeping – fish rots from the head.

Djotodia may not have recognition from the AU, but neither did his predecessor when he came to power in 2003. Recognition doesn't mean much in the CAR, it's a country that is usually off the international radar, and chances are, most people in power there prefer it that way.

With the effort and expense it takes to reach Bangui, it's not surprising most news organisations don't send anybody there. If you've been watching international news channels, chances are you've been watching a journalist in Nairobi attempt to unravel the confusion that is the situation in the Central African Republic.

The CAR is the ideal sort of place for anybody not keen on media freedom to operate. Is there reason to think that Djotodia and his government will change this? There is certainly always hope, however there are far too many precedents in this country that point in the other direction. An early concern is his insistence that three years are needed before he'll consider holding elections. As transitional administrations go, that's a fairly long period, considering Mali's transitional government says it will take its people to the polls within a year.

Three years is certainly long enough for Zuma to believe that forging a deal with the new man in Bangui will give him enough time to achieve his goals – whatever those may be.